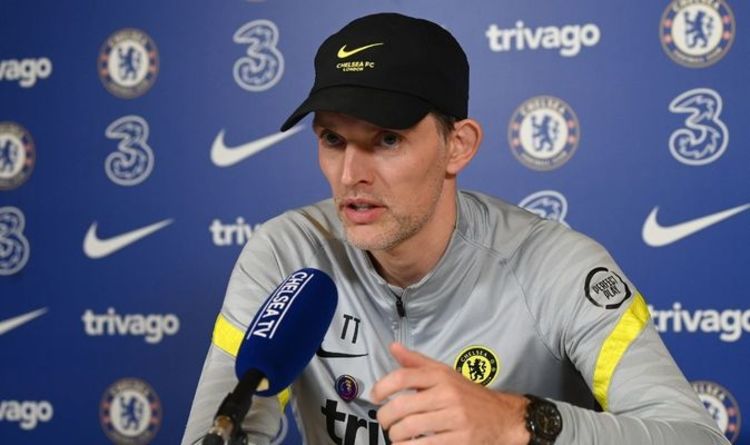 Chelsea boss Thomas Tuchel has hinted he is ready to finally unleash Saul Niguez after a disappointing start to life in west London. The Spaniard has started just one Premier League game so far for the Blues against Aston Villa back in early September but was hooked at half-time following an underwhelming display.

Since then, Saul has not been given many opportunities to show what he is capable of amid the suggestion he could return to Atletico Madrid in January, with his loan cut short.

Reports have also speculated that Saul was not a signing approved by Tuchel and more a favour for an agent.

Those claims will have no doubt motivated Saul to break into Tuchel's starting XI and now he could be given his golden chance to shine for the league leaders.

With Jorginho expected to be one of six absentees for Chelsea this evening at Vicarage Road, Tuchel has dropped a huge clue that Saul could be about to enter the fray.

“In the moment, where we have injured players in the midfield, even Jorgi doubtful for tomorrow, it’s the moment for him to be ready and I have the feeling since many days that he is ready and can show what he wants to show," Tuchel said in Tuesday's press conference.

"I feel him a bit more relaxed and at the same time that gives him a little bit more freedom to impose his quality. He’s very strong in finishing, in arriving in the box."

With Ben Chilwell now sidelined until the New Year, there has also been talk that Saul could fill in at left-wing-back and help provide some additional competition for Marcos Alonso.

Chelsea will be desperate to get back to winning ways after they endured a frustrating evening against Manchester United on Sunday evening at Stamford Bridge, with the game finishing 1-1.

It means Manchester City and Liverpool are now breathing down their neck as we enter the crunch festive break, with the games coming thick and fast.

Tuchel will definitely be without Chilwell, N'Golo Kante and Mateo Kovacic this evening but Jorginho, Reece James and Timo Werner could also be absent with niggles.

He said: "For sure, out is Chilly, still Kova and N’Golo. We have some players who are a doubt.

"Maybe a bit more time with more examinations to re-evaluate the status – it is Reece James, Jorgi and Timo Werner."

Saul Niguez has struggled for minutes so far at Chelsea (Image: GETTY)

Chelsea's squad depth is now expected to be put to the test - although there are a handful of stars now ready to make an impact following various spells on the sidelines.

Mason Mount has struggled with a dental problem but is now back in the fold while Romelu Lukaku made his return against his former side United, playing the last 10 minutes from the bench.

Tonight's short trip north of London to Watford kicks off at 7:30pm and is part of a Premier League feast on Amazon Prime.

The Blues will then travel to West Ham on Saturday - a match that will further test their title credentials.