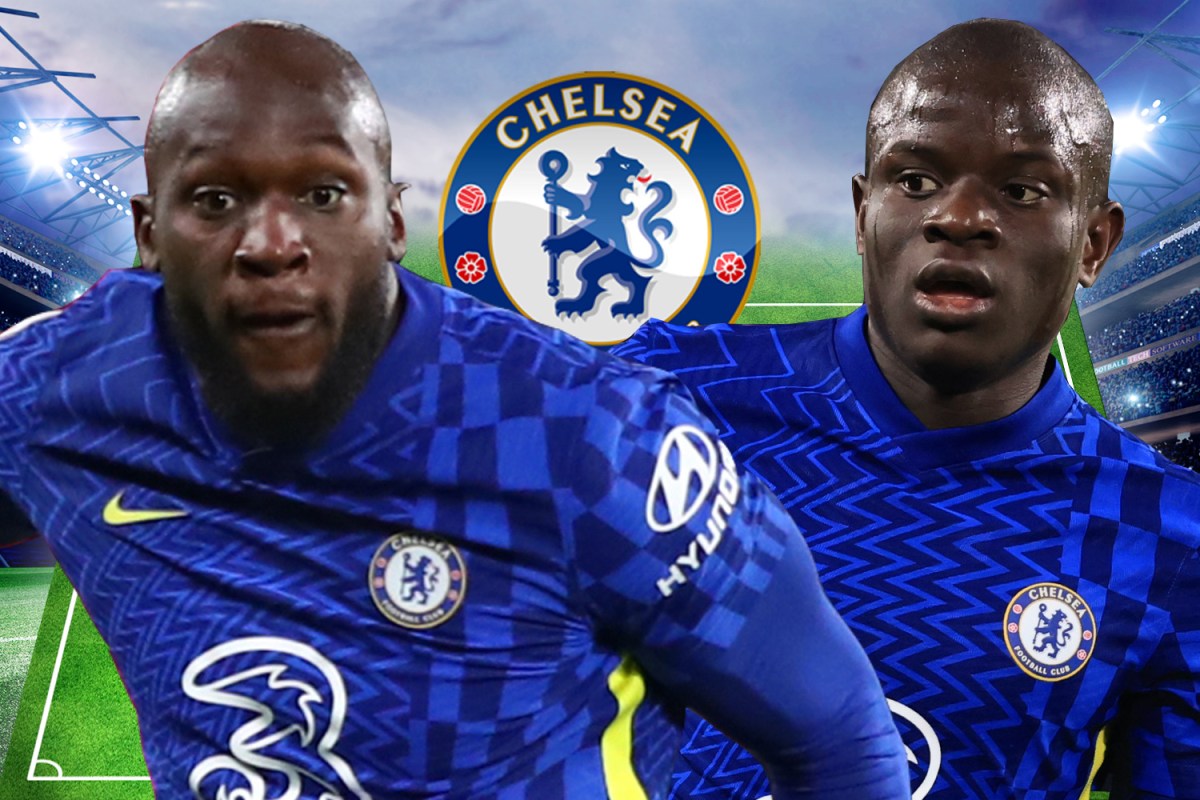 ROMELU LUKAKU could be set for a first Chelsea start in over a month at Vicarage Road on Wednesday.

But in a blow to Thomas Tuchel N'Golo Kante is set to miss out again after limping off against Juventus last week.

Lukaku returned to action at the weekend but hasn't started a match since October 20Credit: Getty

An alternative Chelsea XI vs Watford

The Blues boss is hopeful Reece James, Timo Werner and Jorginho will be fit, but all three are also nursing knocks.

The clash against former boss Claudio Ranieri's strugglers is the first of NINE quickfire Chelsea fixtures in the month of December alone.

And Lukaku's return to fitness is a welcome boost ahead of a key run of fixtures.

The £97.5m summer signing came off the bench in the 1-1 draw against Manchester United on Sunday, but could be trusted from the start after coming back from an ankle injury.

That would push Werner back out wide, with Mason Mount also likely to come into the side after starting the last two games on the bench.

With Ben Chilwell out injured Marcos Alonso is sure to start at left wing-back, with James the first name on the team sheet on the opposite flank.

In midfield Jorginho will start again after recently being named third in the rankings for this year's Ballon d'Or.

Ruben Loftus-Cheek is set to partner him again with Mateo Kovacic still out of action.

Antonio Rudiger is a guaranteed starter in the heart of defence, but Thiago Silva has played three games back-to-back and could be dropped to the bench ahead of a hectic festive period.

Club-captain Cesar Azpilicueta may also come back in for youngster Trevoh Chalobah.

Alternatively Tuchel could be forced into an additional three unwanted changes.

The German revealed in his press conference that a late decision will need to be made on Werner, James and Jorginho after the trio picked up knocks on Sunday.

Tuchel admitted: "We have some doubts about players, more time and examinations for Reece James, Jorgi and Timo.

"They all trained today but there will be some last minute decisions."

He could instead start with a front three of Mount, Kai Havertz and Christian Pulisic.

And in midfield Saul Niguez or Ross Barkley could start alongside Loftus-Cheek as Jorginho's replacement.

That could see Chalobah shifted out to wing-back, with Azpilicueta coming in at the heart of defence.

Kick off at Vicarage Road is set for 7.30pm on Wednesday, with Chelsea having won seven out of their last eight meetings against the Hornets.