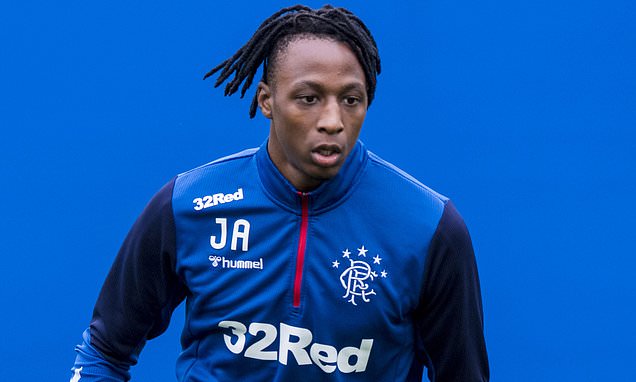 The Premier League trio are among the clubs tracking talented midfielder Aribo, 25, as he heads towards the final 18 months of his contract with the Scottish champions.

Aribo joined Rangers in 2019 from Charlton and has flourished north of the border making 116 appearances, scoring 21 times and setting up 18 further goals.

The Nigeria international has also displayed his versatility, playing centrally in midfield, out wide and even deputising on occasions at left back.

He has continued to shine in the early days of Giovanni Van Bronckhorst’s Ibrox rein, being named man of the match in Sunday’ 3-1 win at Livingston.

The midfielder has made 116 appearances, scoring 21 times and setting up 18 further goals

Aribo scored a stunning goal for the Scottish Premiership leaders at Livingston and Van Bronckhorst is thought to be keen to deploy him in a more advanced role to maximise his attacking qualities.

Rangers will be reluctant to lose key man Aribo who has started all but one of their games this season.

But his contract situation, with his deal expiring in 2023, has left them vulnerable and given hope to his admirers that they may be able to prise him away in either the January window or next summer.