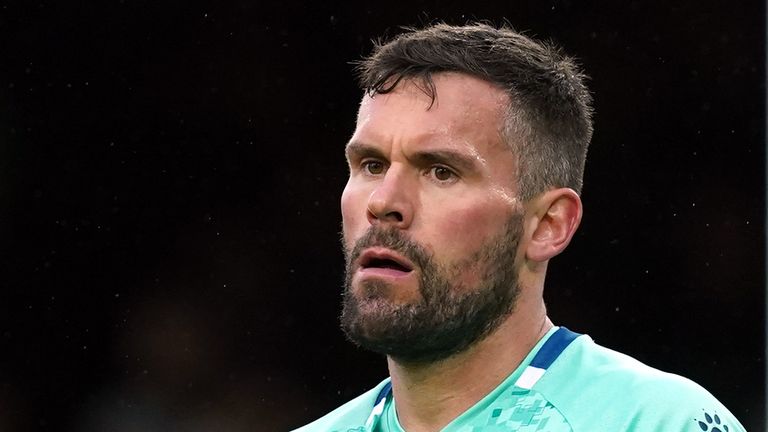 Team news, stats and prediction ahead of Watford vs Chelsea in the Premier League on Wednesday; kick-off 7.30pm.

Watford have a mounting casualty list ahead of Chelsea's visit on Wednesday, with Ismaila Sarr, Ben Foster and Nicolas Nkoulou sidelined until at least January.

The club have confirmed Senegal winger Sarr suffered knee ligament damage in the victory over Manchester United on November 20, with his participation in January's Africa Cup of Nations seemingly in doubt.

Emmanuel Dennis and Juraj Kucka are doubts and will have to be assessed, while Francisco Sierralta (hamstring), Peter Etebo (quad) and Kwadwo Baah (ankle) are sidelined.

A preview of matchweek 14 in the Premier League as Newcastle host fellow strugglers Norwich, Everton face rivals Liverpool in the Merseyside Derby and Arsenal travel to Manchester United

Chelsea will hand late fitness tests to Jorginho, Reece James and Timo Werner ahead of the trip to Vicarage Road.

Tuchel remains without Ben Chilwell, N'Golo Kante (both knee) and Mateo Kovacic (hamstring), but striker Romelu Lukaku is once again available after returning from an ankle issue as a late substitute against United.

Follow Watford vs Chelsea in our dedicated live match blog. Highlights will also be published on the Sky Sports digital platforms and the Sky Sports Football YouTube channel after full-time.

FREE TO WATCH: Highlights from Leicester's win against Watford

FREE TO WATCH: Highlights from Chelsea's draw with Manchester United

There should not be too many problems on the horizon in this one. Chelsea are 1/3 with Sky Bet for good reason.

I am hoping Thomas Tuchel keeps faith with Hakim Ziyech in the role traditionally played by Mason Mount as his first Premier League goal of the season is around the corner. In his last four starts in all competitions playing in that flexible attacking role, Ziyech has posted an average expected goals figure of 0.47 per 90 minutes and fired 15 shots on goal. He managed to find a way to score in the 1-0 win over Malmo and his confidence looks sky-high at the moment after a low-key initial start to life under Tuchel's watch.

The 5/1 with Sky Bet for him to score the first goal makes plenty of sense from an each-way perspective.

PART 1 | Was Michael Carrick right to opt against starting Cristiano Ronaldo - and should United have signed him at all? United's interim-to-the-interim manager's tactics are assessed ahead of Ralf Rangnick's arrival, questions are raised over Chelsea's attacking prowess, while will Arsenal fancy facing this United side next given their own form?