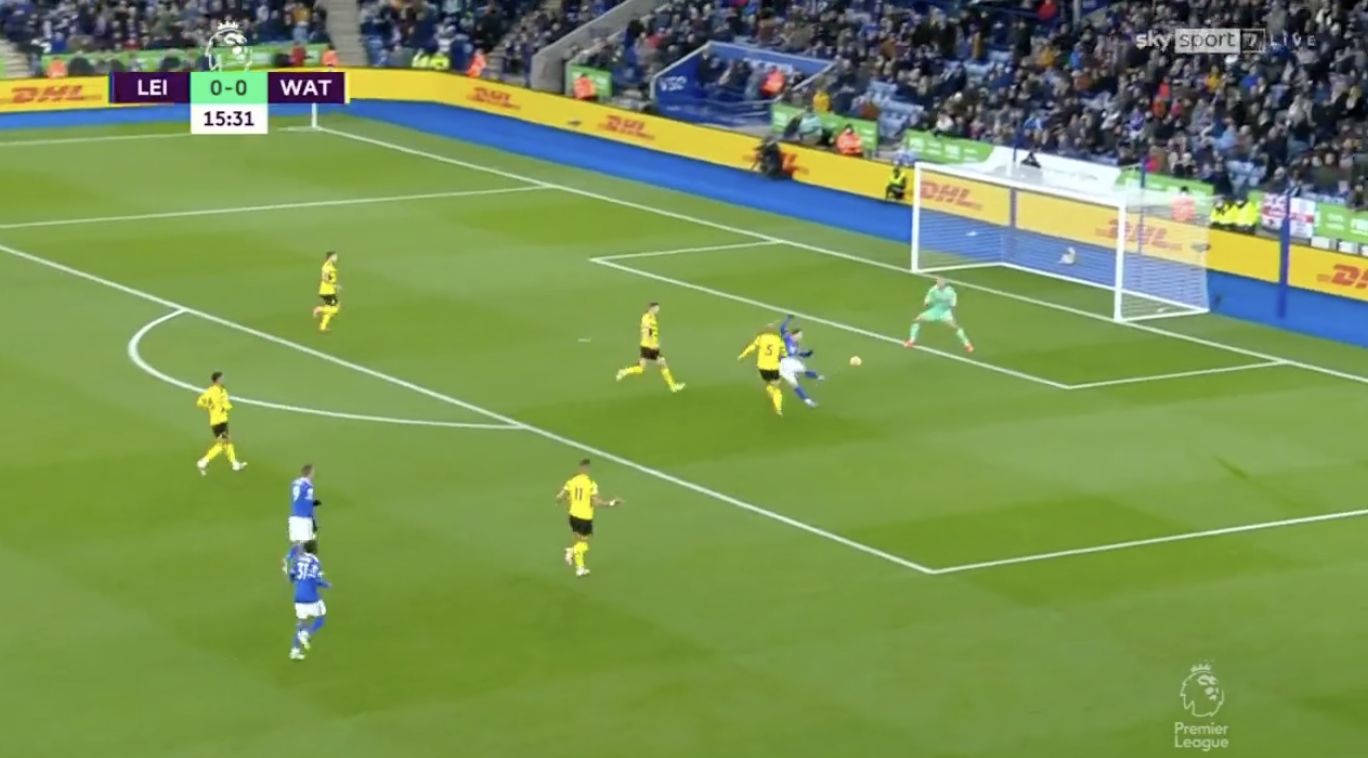 Claudio Ranieri isn’t likely to be too happy by what he saw from his Watford defence on his return to the King Power Stadium on Sunday.

The Hornets were holding their own against Leicester, and a hopeful ball forward from the hosts posed no danger whatsoever until the covering defender decided to duck under the ball.

The Foxes’ James Maddison gleefully accepted the gift, firing home with a low and hard strike to open the scoring.