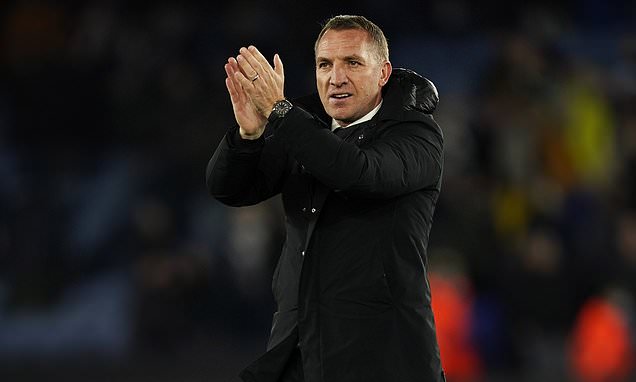 Brendan Rodgers hasn’t endured a lot of misfortune in his managerial career to date, but his decision to leave Watford for Reading back in 2009 is something the Leicester manager looks back on with deep regret.

Watford, who travel to the King Power today, gave Rodgers his breakthrough in management, plucking the 48-year-old from Chelsea’s reserve team and placing him in charge of a side battling relegation.

He repaid the show of faith by keeping Watford in the Championship but, after less than eight months in charge, Rodgers joined Reading and was sacked before the turn of the year.

'I made the wrong decision to leave,' Rodgers reflected.


'At that stage of my career, I was in a hurry. There were some struggles behind the scenes.

'I’ve always been one to try to take my fate in my own hands with my career. I made the decision at that time that was the wrong decision.

'I’ll always be grateful to Watford for giving me the opportunity to manage at such a high level as a young manager.

'I have so many good memories there. Vicarage Road was always a difficult place to go. We always seemed to get good results there.

'I’ll always be thankful for the opportunity.'

Rodgers’ latest challenge at Leicester has been far more rewarding but this season the Foxes have struggled for consistency and languish in the bottom half of the table.

'I am only looking at Watford, that is the reality,' Rodgers explained.

'We are within touching distance of where we want to be, considering we have not had the most consistent start.

'If we are talking about the top six, we’re very close to that. I expect us to be challenging as the season goes on but you want to be in contention as early as you can.'