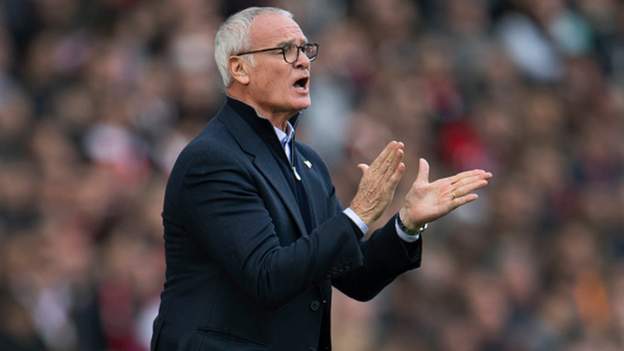 Leicester defender Jonny Evans will be assessed after pulling out of Thursday's Europa League victory over Legia Warsaw with a thigh issue.

Ricardo Pereira is the latest addition to the Foxes' injury list, while James Justin is not yet ready to return.

Watford pair Ismaila Sarr and Nicolas Nkoulou are out with respective knee and hamstring injuries sustained during the victory over Manchester United.

Watford boss Claudio Ranieri goes back to King Power Stadium with his old side Leicester struggling to find their feet.

The Hornets have been very up and down under Ranieri. They didn't build on their other big win under him, 5-2 at Everton, so I don't really fancy them to win here either - even though they did a job on Manchester United last time out.

Leicester should win, but then I have been saying that a lot about them this season.