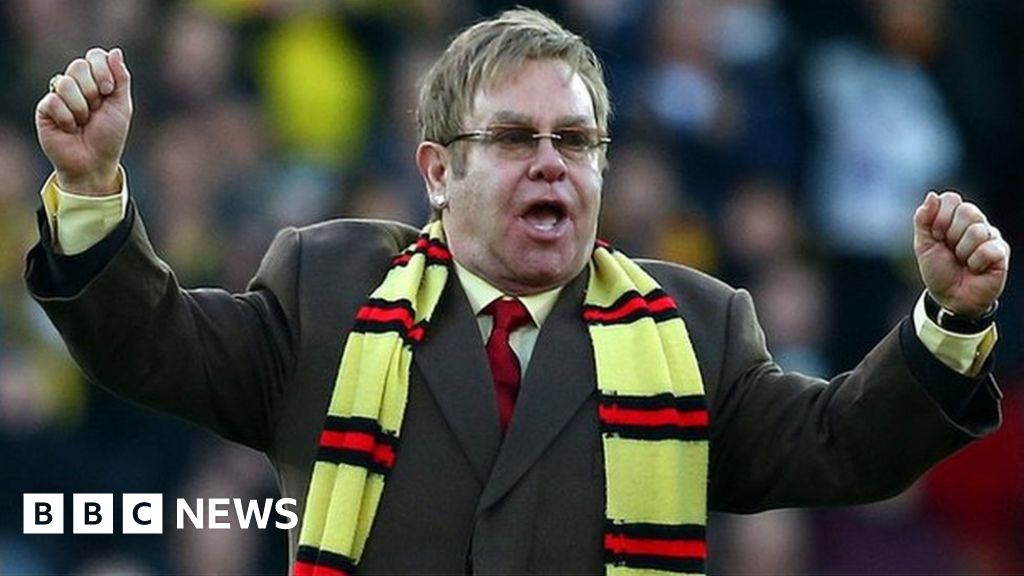 The singer will play at Vicarage Road in July to finish the European leg of his Farewell Yellow Brick Road tour, which he says will be his last.

Sir Elton became chairman of the club in 1976 and now has the role of honorary life-president at the Premier League club.

He said: "I simply had to play Vicarage Road a final time."

The Candle In The Wind singer oversaw a period of great success for Watford FC after appointing Graham Taylor as manager of his boyhood team in 1977.

The pair, helped by the pop star's finance and Taylor's management skills, took the club from the Fourth Division to the top flight in the years up to 1987.

In this first phase of their joint stewardship the club were runners-up in the First Division to Bob Paisley's Liverpool.

In 2014 Sir Elton opened a new stand at the ground named in his honour, describing it as "one of the greatest days of my life".

Sir Elton has played the venue three times previously, having first appeared there in 1974 dressed as a hornet, in tribute to the club's nickname.

He said: "My relationship with the club, with the fans, the players and the staff over the years have meant the world to me.

"Through the good times and the bad, Watford has been a huge part of my life.

"I love the club so dearly, and have had some of the best days of my life in those stands - these shows are going to be so incredibly emotional, and to spend them surrounded by my fellow Watford fans will be wonderful.

"We've been on quite the journey together."

The shows will take place on 3 and 4 July and tickets go on sale on 2 December.