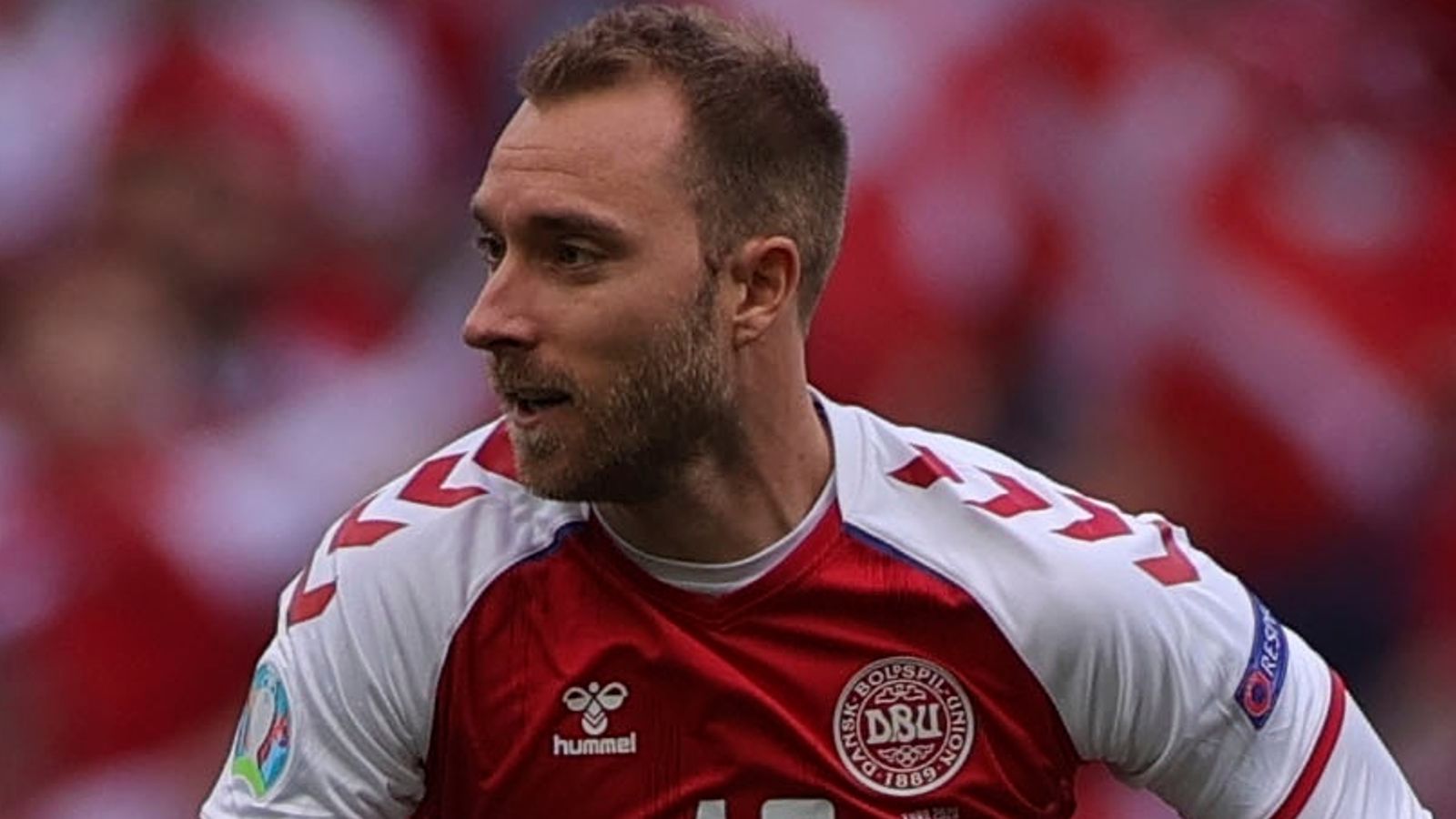 The life-saving intervention of Denmark's players and medical staff after Christian Eriksen's cardiac arrest at Euro 2020 has been nominated for FIFA's Fair Play Award.

Eriksen's team-mates formed a shield around the midfielder after he collapsed while playing for Denmark against Finland on June 12 in their tournament opener in Copenhagen.

Medics then performed CPR on the 29-year-old as the players and supporters were left in a state of shock and distress.

Image: Denmark rallied after Eriksen's collapse and reached the semi-final of the tournament

Inter Milan's Eriksen, who was later fitted with a defibrillator (ICD), has been told he will not be allowed to take to the field in Italy this season, but could be able to play abroad.

Sparta's Ondrej Kudela was found guilty of using a racial slur toward Kamara and handed a 10-game ban by UEFA.

In a show of solidarity, Brown shook his rivals' hand and put his arm around his back - an action that was reciprocated - as they spoke for a few minutes.

Claudio Ranieri, now the head coach of Premier League side Watford, has also been shortlisted for the award.

Last season, his Sampdoria side performed a guard of honour for Antonio Conte's Inter after they won their first Serie A title since 2010.