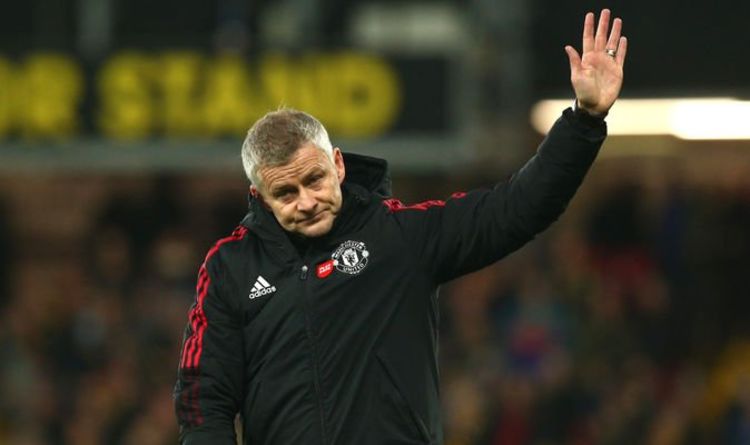 Manchester United stars were reportedly in tears after defeat to Watford plunged Ole Gunnar Solskjaer's reign as boss to a new low. A calamitous performance produced an embarrassing 4-1 scoreline, which was enough to see the Norwegian sacked hours later.

After being beaten handsomely by Manchester City before the international break, fingers were crossed that a trip to Vicarage Road could provide a welcome morale boost.

It proved to be the exact opposite though, and the writing was on the wall when Claudio Ranieri's side boasted a 2-0 lead at the break.

Van de Beek's strike ironically turned out to be the last of Solskjaer's reign, after months of leaving the Dutchman untouched on the bench, to the dismay of fans.

JUST IN: Solskjaer puts pressure on next Man Utd boss after Glazers admission

And while not many Red Devils fans questioned the decision to part ways with Solskjaer, an emotional farewell process ensured it happened on solid terms.

Over the past few weeks, reports had indicated that players were unhappy with the Norwegian's tactics and his reluctance to rotate the squad.

However, The Daily Mail claim that United stars were in tears in the Vicarage Road dressing room after Solskjaer admitted that it could have been his final game.

As a club legend and someone who is held to have restored some feel-good factor at Old Trafford, seeing the 48-year-old's reign come to an end in such disastrous fashion allegedly proved too much for some players.

"It's not acceptable, the way we were playing and doing things. It's easy to blame the manager or the staff but sometimes it's the players.

"We need to show much more than we are doing. Embarrassing first half - we could have conceded four goals in 45 minutes.

"I have been in difficult moments with this club but we are in a difficult situation - we don't know what to do with the ball. It's a horrible moment.

"We are paid to play for United and to do better than that. This is not Manchester United or the way we ought to play - it's difficult to say more than that."