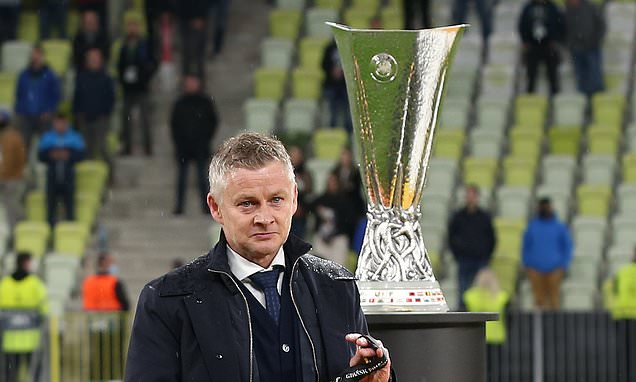 Ole Gunnar Solskjaer's spell as Manchester United manager came to an end on Sunday off the back of a 4-1 defeat to Watford.

After initially taking over as interim boss in December 2018, Solskjaer was in charge of United for almost three years and oversaw some memorable matches both in a positive and negative sense.

Here's a look back at some of the key moments from Solskjaer's time in the dugout.

Dec 22, 2018: Solskjaer’s reign as interim boss gets off to a flyer with a 5-1 win at Cardiff. United score five in the Premier League for the first time since Fergie’s final match.

Mar 6, 2019: After 10 wins and two draws in his first 12 Premier League games, Solskjaer’s side complete a Champions League turnaround for the ages at PSG with Rashford’s penalty securing a 3-1 win and progression on away goals.

Mar 28: Although that win is followed by a first league defeat, at Arsenal, and an FA Cup exit at Wolves, Solskjaer is appointed full-time manager.


May 12:  A 2-0 defeat by Cardiff at Old Trafford concludes a limp finish to the season which sees United fail to win any of their last five matches and finish sixth — exactly where they were when Solskjaer took over.

Mar 8, 2020: With new boy Bruno Fernandes making an instant impact, things are looking up — and Solskjaer masterminds a 2-0 win over Manchester City in the final league game before lockdown with United fifth.

Aug 16: Having finished third in the league, United suffer their third semi-final defeat of the season, losing to Sevilla in the Europa League.

OCT 4: The new season starts worryingly, with a 6-1 thrashing by Tottenham — managed by former boss Mourinho — in the third game of the campaign.

Dec 8: A 3-2 defeat at RB Leipzig knocks United out of the Champions League at the group stage.

Mar 7: A 2-0 win at City with goals from Fernandes and Shaw ends the eventual champions’ 21-match winning run.

May 26: On the 22nd anniversary of Solskjaer’s Champions League-winning goal, United lose the Europa League final against Villarreal on penalties.

Sep 19: Lingard’s late strike in a 2-1 victory at West Ham makes it four wins and a draw from the first five games of the season — and extends their English record unbeaten league away run to 29 games.

Oct 16: Pressure grows as the run ends with a 4-2 defeat at Leicester, coming after a home defeat by Aston Villa and a drab draw at home to Everton.

SATURDAY: After an humiliating 5-0 defeat by Liverpool and 2-0 loss to City, United go down 4-1 at Watford. Ole’s reign is over.