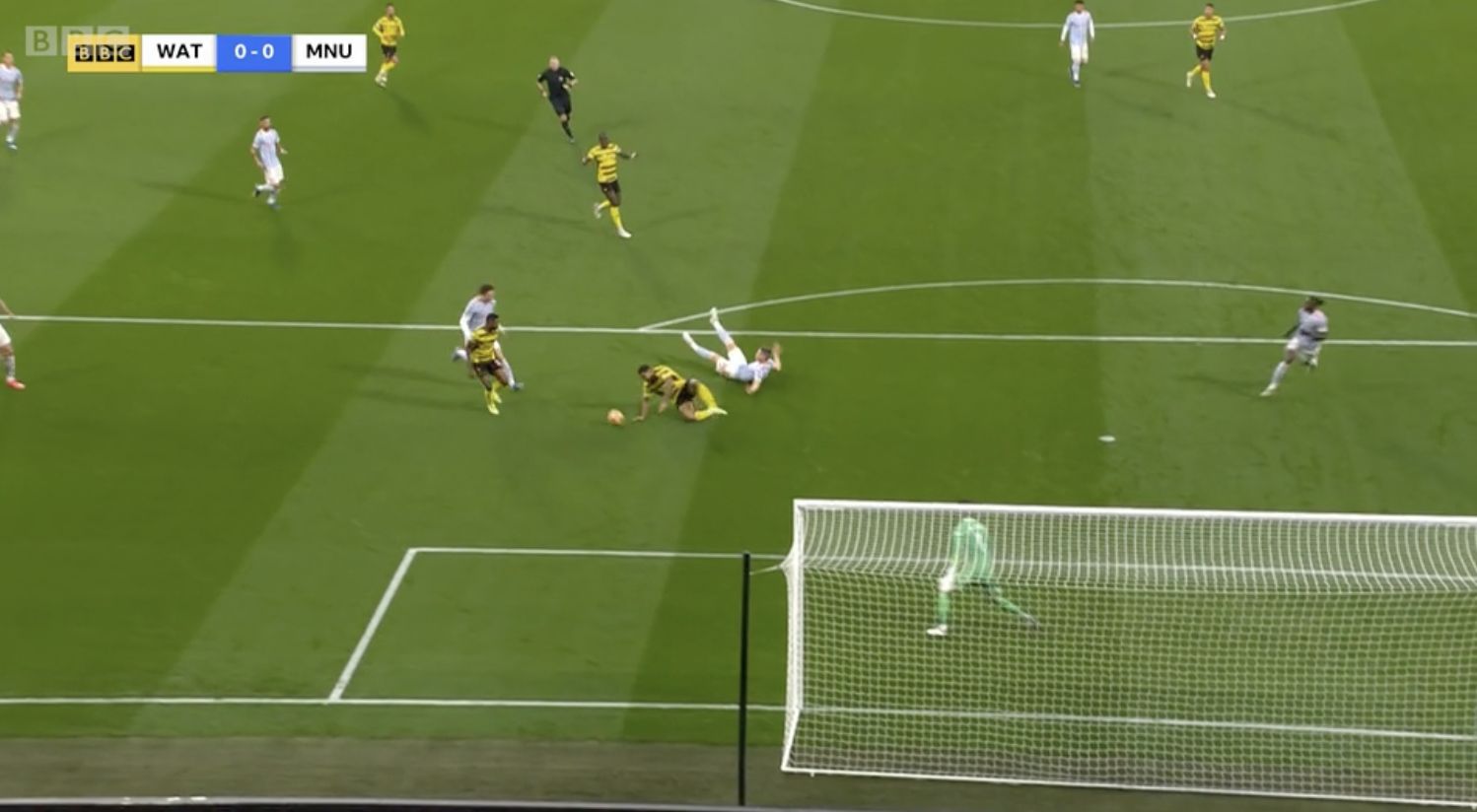 I’m the first one to criticise officials and VAR operators when things go wrong, so it’s nice to be able to redress the balance for a change.

In what was clearly a high-pressure encounter on Saturday afternoon at Vicarage Road, Watford were awarded a penalty when Manchester United’s Scott McTominay bundled Joshua King inside the box during the Hornets’ 4-1 win.

It was the correct decision by referee Jonathan Moss to award the hosts a spot-kick in the first place, and importantly not to send McTominay off.

Although Kiko Femenia managed to turn in the rebound from the first spot-kick, the goal was ruled out by VAR which led to protests from the home side.

However, player encroachment from both teams had been spotted, and therefore the retake was correct as per Law 14 in the Laws of the Game.

Former Premier League and FIFA referee Mark Halsey is a columnist for CaughtOffside.com