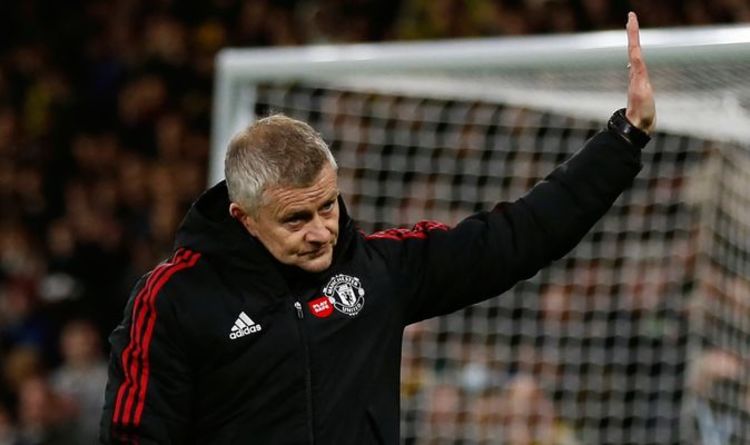 Manchester United's 4-1 loss against Watford on Saturday evening prompted negative fan reaction with fans calling for the under-pressure Norwegian manager to be sacked. Yet after reports surfaced that an emergency board meeting was called after the humiliation, a decision still could not be made on his long-term future.

United suffered arguably their worst defeat of the season at Vicarage Road after yet another underpar performance.

Goals from Joshua King, Ismaila Sarr, Joao Pedro and Emmanuel Dennis consigned United to a fourth league defeat in just five games as they continue to slip down the table.

It could have been much more had Watford not missed a penalty in the first-half alongside various other missed opportunities.

A red card issued to Harry Maguire compounded United's misery on a miserable afternoon in Hertfordshire, with an emergency meeting reportedly called over Solskjaer's future.

Yet with fans expecting the Norwegian to be sacked, club chiefs have reportedly yet to decide on his future, according to Sky.

So far, United chiefs have ignored calls for Solskjaer's termination despite drubbings at home to rivals Liverpool and Man City.

And it appears they may still do the same despite the loss to Claudio Ranieri's men.

Solskjaer was upbeat about his chances of remaining as United boss.

"I always have belief in myself, but at the moment it's a difficult time for us. I can trust every single one out there to give what they have, but the results are difficult," Solskjaer said.

"I believe we can turn this round. I understand the fans, who have supported the club through thick and thin, and have been great over the last few years. It's a difficult period, we have had a hard time since Sir Alex left, and the fans who have been here - since I came in - have been unbelievable.

"They understood the situation, the signings this summer raised expectations, rightly so, because we brought some top players in and having been second last year, we hoped to kick on.

"At the moment, we can't seem to find our form, and it's their right to show their opinion. But as Bruno is such a passionate man, he knows football can change quickly."

United take on Chelsea in their next Premier League fixture.

The Blues have only conceded four goals all season as they cement their place at the top of the league.

And with United having conceded in 23 of their last 25 games, their failing attack will be under more pressure to score.