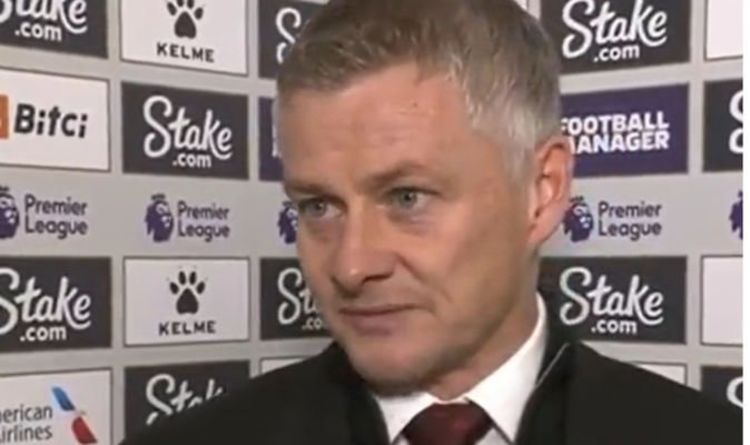 Ole Gunnar Solskjaer has insisted he can still turn things around at Manchester United despite facing the chop after a humiliating 4-1 defeat by Watford. The Norwegian boss was already under huge pressure and will have his future decided by the club's board this evening.

The Times claim the United board have called an emergency meeting to discuss their next move, with Solskjaer's men languishing in seventh and 12 points off leaders Chelsea.

United's season hit a new low on Saturday as they were put to the sword by relegation battlers Watford.

Solskjaer appeared resigned to his fate at the full-time whistle as he appeared to wave goodbye to the fans, but came out fighting in his post-match interview.

Asked about his future, Solskjaer said: "That's not for me to worry about. I work as hard as I can, as well as I can with the staff I've got.

"At the moment we're not getting results so I can understand the question. I always have belief in myself. I believe we can turn this around."

The 4-1 defeat followed heavy losses to Liverpool, Manchester City and Leicester and leaves United with just one win in the Premier League since late September.

Their awful run of form is clearly taking its toll on the players as frustrations were there for all to see at Vicarage Road.

Maguire was seen throwing the captain's armband angrily at Fernandes after being sent off, while the Portuguese star had to be dragged away after arguing with furious fans.

United keeper David de Gea spoke matter-of-factly about United's current plight in a furious interview where he labelled United an 'embarrassment and admitted things have 'been bad for a long time'.

Man Utd were embarrassed on Saturday as they were thumped 4-1 by Watford (Image: GETTY)

"There's not much to say - it was embarrassing to see United play like we did today," the Spaniard said after their latest loss.

"It's not acceptable - the way we were playing and doing things. It's easy to blame the manager or the staff but sometimes it's the players.

"Embarrassing first half, we could've conceded four goals in 45 minutes. It was hard to watch the team playing today - it was nightmare after nightmare. It's not acceptable.

"We are trying to give our best and fight for the team but for sure something is very wrong. You can see in the games - it's very low level, very poor. Sorry to the fans, once again.