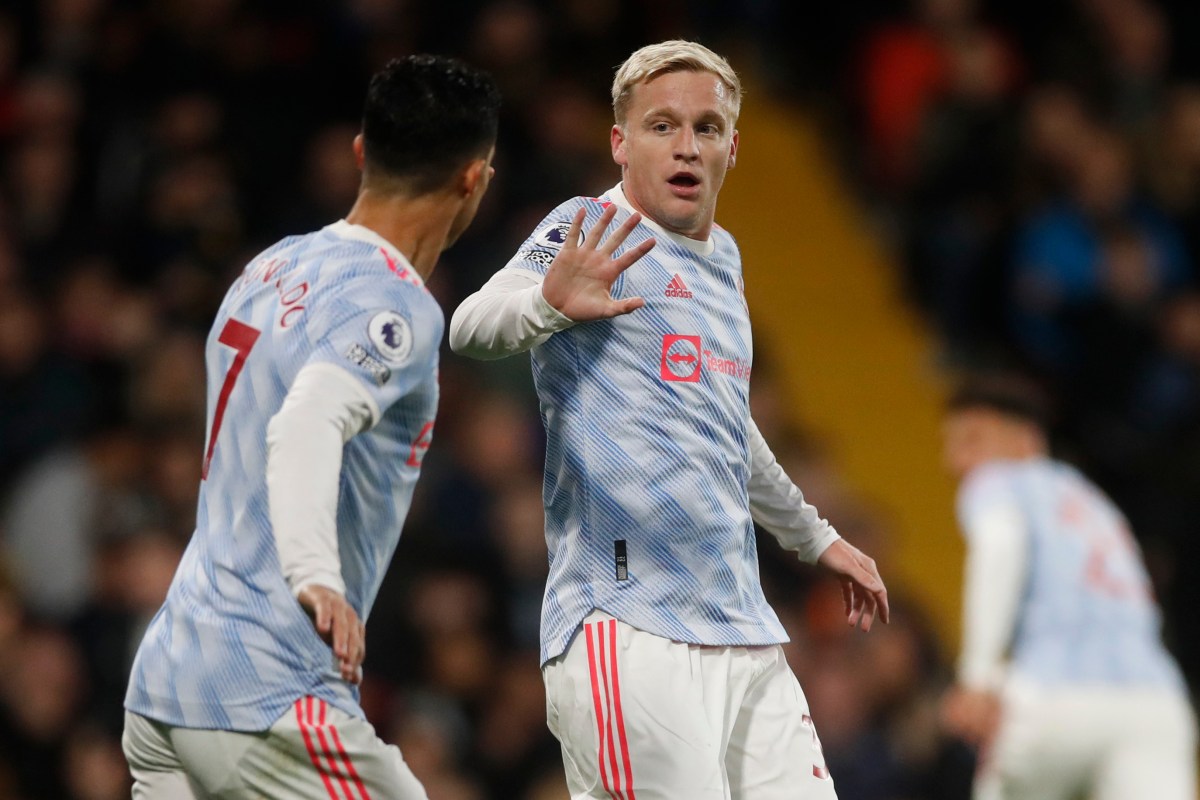 DONNY VAN DE BEEK scored his first Manchester United goal in more than a year - but it was all in vain as the Red Devils slumped to an embarrassing 4-1 defeat at Watford.

The outcast Dutchman had not scored since September 2020 but got United back into it at Vicarage Road by nodding home after 50 minutes to cut Watford's lead to 2-1.

Donny van de Beek scored his first Man Utd goal in more than a year - but United were thrashed at WatfordCredit: Reuters

But it was all in vain as United were thoroughly outplayed with Harry Maguire being sent off and Watford going on to win 4-1.

Ole Gunnar Solskjaer's job now hangs by a thread after yet another heavy defeat.

After the game, United keeper David De Gea said: "There's not much to say - it was embarrassing to see Man United play like we did today.

"It's not acceptable - the way we were playing and doing things. It's easy to blame the manager or the staff but sometimes it's the players. We need to show much more than we are doing.

"Embarrassing first half - we could've conceded four goals in 45 minutes. It was hard to watch the team playing today - it was nightmare after nightmare. It's not acceptable."

He then added: "We are trying to give our best and fight for the team but for sure something is very wrong. You can see in the games - it's very low level, very poor. Sorry to the fans, once again.

"This is not Manchester United or the way we ought to play - it's difficult to say more than that.

"It's been very bad for a long time - a club like Man United we have to be fighting for trophies and fighting for big things and to be honest we are far from that.

"Let's see - we have to keep working hard and stick together. We always say the same things but it's the truth - we have to look at ourselves and see where we can improve."

The Dutchman had celebrated with goal provider Cristiano Ronaldo, egged on the travelling fans for more support and sucked a thumb in a nod to his pregnant partner.

Van De Beek, who has been strongly tipped for a January exit, only other Premier League goals also came off the bench - way back on his debut against Crystal Palace in September 2020.

Having gone into the international break with a miserable 2-0 home defeat to neighbours City, United looked just as poor against Claudio Ranieri's Hornets.

Watford surged 2-0 in front through Joshua King and Ismaila Sarr before the break.

Sarr had also earlier had a penalty saved by De Gea.

VDB gave the Red Devils hope, stooping to score from close range after Ronaldo headed the ball back across the box.

But skipper Harry Maguire was sent off after a foul on Tom Cleverley earned him a second booking on 69 minutes.