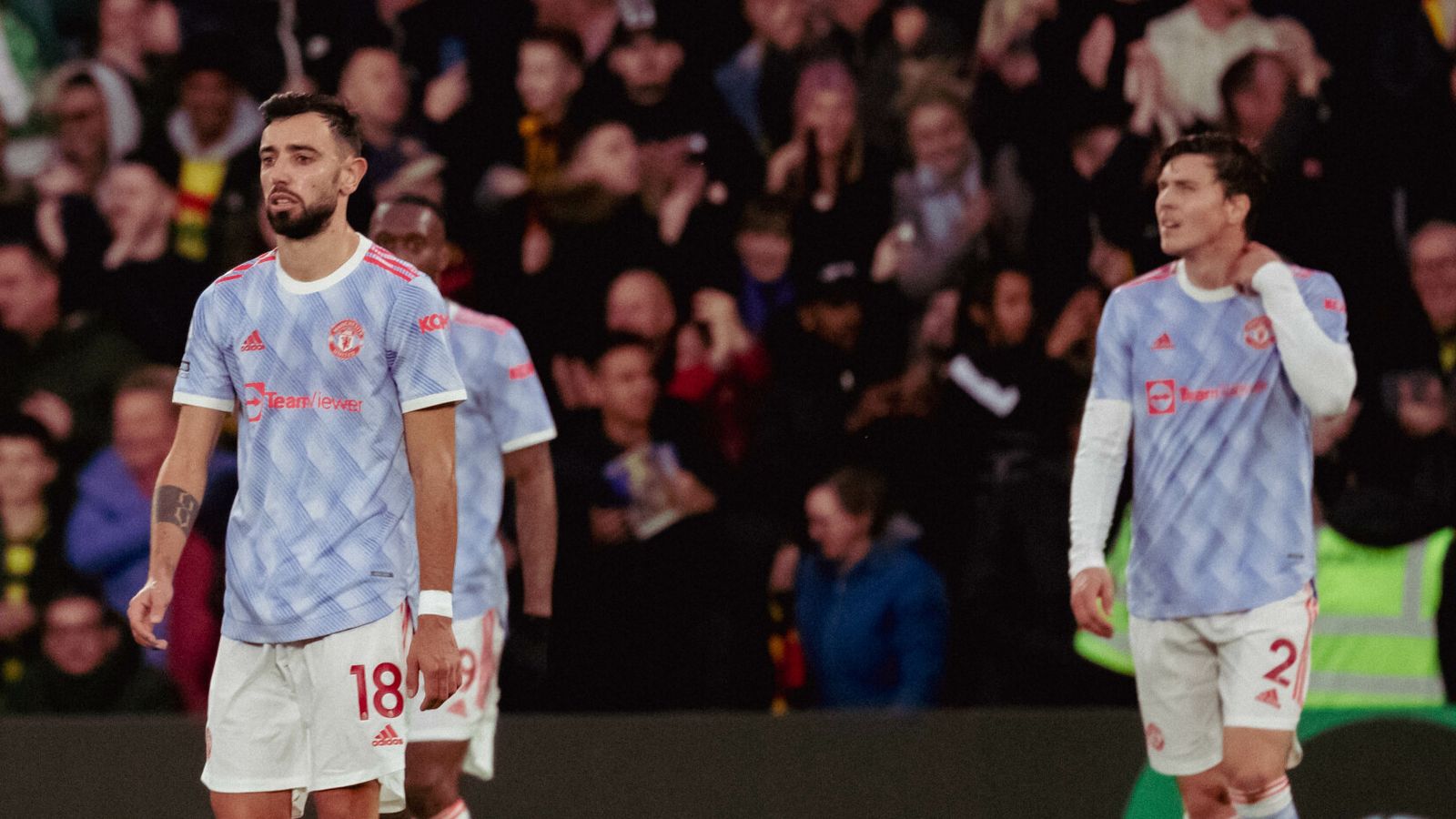 Ole Gunnar Solskjaer insisted he remains the right man to lead Manchester United and said "we can turn this round" despite an "embarrassing" thrashing at lowly Watford.

United have now lost four of their last five Premier League games following their Vicarage Road reverse, with the Hornets' 4-1 win the heaviest defeat inflicted on the Red Devils by a newly-promoted club since Manchester City beat them 5-1 at Maine Road 32 years ago.

Watford themselves had not won on home soil since the opening weekend of the season but outclassed, outfought and outthought their visitors to claim a historic victory.

Solskjaer was booed by the travelling support after full-time at Watford but vowed to continue as manager at Old Trafford, ahead of a crucial trip to Villarreal in the Champions League on Tuesday evening.

"I always have belief in myself, but at the moment it's a difficult time for us," he said. "I can trust every single one of them to give what they have, but the results are difficult. I believe we can turn this round.

"I need to get the players to perform better. That's my responsibility, that's the biggest thing now. They're low, so disappointed, they're trying to find their confidence back.

FREE TO WATCH: Highlights from Watford's win over Manchester United in the Premier League

"The second half, I was very pleased with. Don't get me wrong, the whole afternoon was so disappointing a long way from our standards, but I have to say the application, attitude and quality until the last 20 minutes, I thought we played very well and created some very good chances."

Solskjaer did concede the magnitude of his side's latest defeat and admitted "something is wrong" given their current run of form which has left them 12 points behind leaders Chelsea and only four ahead of Watford, who are still only 16th.

Bruno Fernandes had appeared to take issue with fans' reaction to Solskjaer when he approached the away end after the match but the United manager said he empathised with their feelings when asked about the incident.

"They understood the situation, the signings this summer raised expectations, rightly so, because we brought some top players in and having been second last year we hoped to kick on.

"At the moment, we can't seem to find our form, and it's their right to show their opinion. But as Bruno is such a passionate man, he knows football can change quickly."

De Gea: It's been bad for a long time

🗣 "It was embarrassing, it was not acceptable. It's easy to say the manager, the staff, sometimes it's the players."

David de Gea was arguably Manchester United's best player at Vicarage Road, denying Ismaila Sarr twice from the spot with a retaken penalty early on before picking the ball out of his net four times across the afternoon.

The goalkeeper issued a damning assessment of his side's performance and suggested the scoreline could have been worse, while apologising to the travelling fans, the majority of whom stayed in the stands until the final whistle.

He told Sky Sports: "It was an embarrassing first half. We could have conceded four goals in 45 minutes, so it was hard to watch the team playing like today. I think it's a nightmare, after a nightmare, again, for a long time, so it's not acceptable.

"The players are trying to give our best, to fight for the team but, for sure, something is very wrong. You can see in the games that what we're doing is very low level, very poor.

"I say sorry to the fans once again. We are professional players. Sometimes there are difficult moments where you have to be strong in the mind, strong in the body. This is why are playing, to be here for Manchester United and show more than we did today."

It does not get much easier for Manchester United; they continue to face a formidable set of fixtures as they look to keep pace in the Premier League and ensure Champions League qualification, with Chelsea and Arsenal looming domestically.