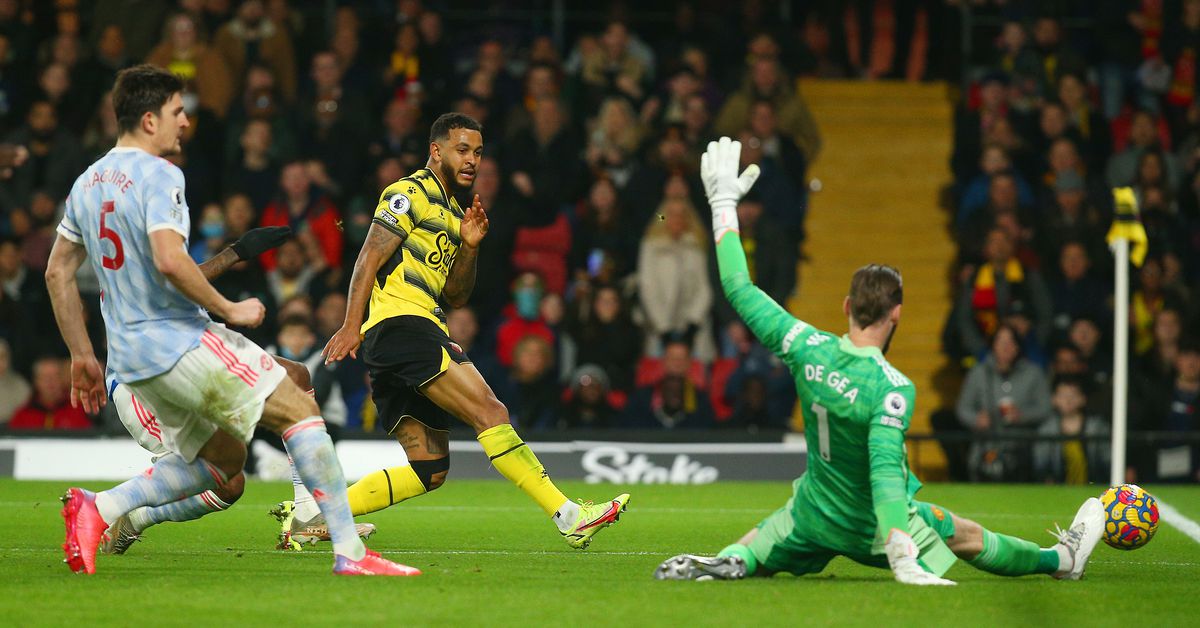 Liverpool and City felt like two heavyweights against a lightweight. One gave us 5 knockout punches and the other got us to tap out in a minute. Unfortunately for fans, a game of football only stops after the whistle.

Watford felt closer to the same weight class but even they got some knockout punches in. It’s hard to pick which of the recent losses has been the most humiliating.

Anyway, here are your player ratings:

You have to hold your hands up for someone who makes two penalty saves even if one of them had to be retaken. De Gea’s game isn’t ideal for a top team but it’s obvious that he’s a better player when he’s busy between the sticks.

A player who hasn’t looked good enough for the United shirt for some time. Jadon Sancho’s 3 delightful crosses showed what we just haven’t seen enough from Aaron Wan-Bissaka. Like De Gea, you wonder if he’s ever going to be a fit for a top side.

A passive presence but it’s hard to put in on the back 4 when they’re left to defend acres.

This isn’t the rating I wanted to give him. He’s been under immense pressure in recent weeks and he made a lot of very important blocks and challenges before his sending off and looked like a player who was aware of that. A break will do him well.

Looks like he’s been playing through injury for a while. Was subbed off once again.

Anonymous. The Darren Fletcher comparisons have never done him well cause Fletcher had one season with 41 appearances along with others where he was a bit-part player who came in for bigger games. McTominay made 49 last season. He shouldn’t be a regular.

Made a lot of sloppy passes in the second half but showed some authority in the first half before Watford got the lead. This side needs a younger Nemanja Matic.

Looked broken at full-time. Hinted that the players should take responsibility. Played a fantastic pass for Rashford in the first half. He often has games like this but at least produces one brilliant moment in every game.

Switched to the right and looked a little dangerous. Subbed at half-time.

Provided the assist for the Van de Beek goal. Wasn’t very clinical and seems. Signing seems like a Faustian bargain that has worked out terribly for the club.

Put in an excellent performance. Looked like the player from Dortmund. Was finding the forwards with ease. Was a silver lining on a dark cloud.

The outstanding player in the second half. Looked like a man on a mission. Showed his excellent qualities in the box with a goal. He showcased his regular bag of tricks with final passes, dummies, and even a little bite.

Dead man walking. Out of answers.