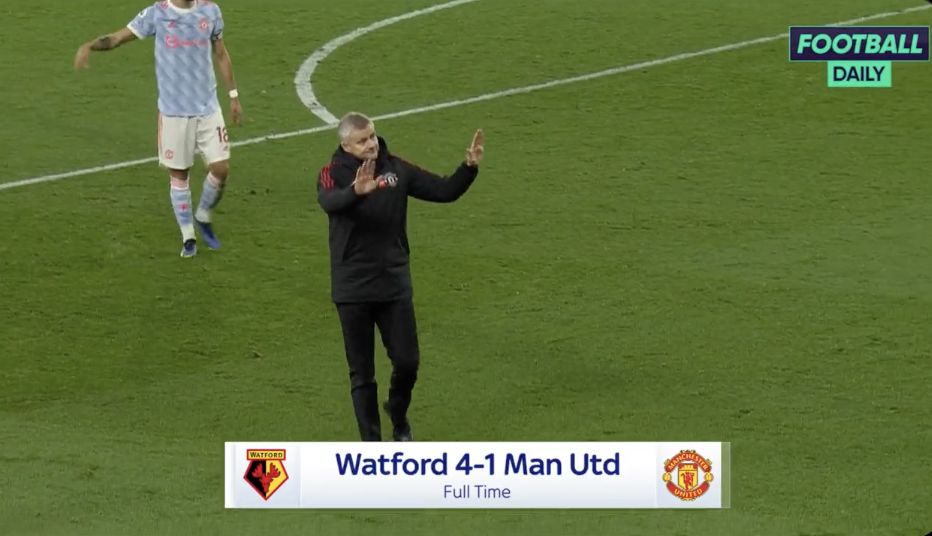 Manchester United have performed terribly of late, but the manner of the performance at Vicarage Road against Watford really takes the biscuit.

The Red Devils were simply awful from start to finish, with only a brief respite just after half-time handing them a glimmer of hope in a game that they never deserved to win.

No one can say that the four goal margin wasn’t deserved, and it could’ve been even more if it wasn’t for David de Gea’s sensational double penalty save.

No wonder Solskjaer went over to the fans after the game to apologise. It’s the least he could do.