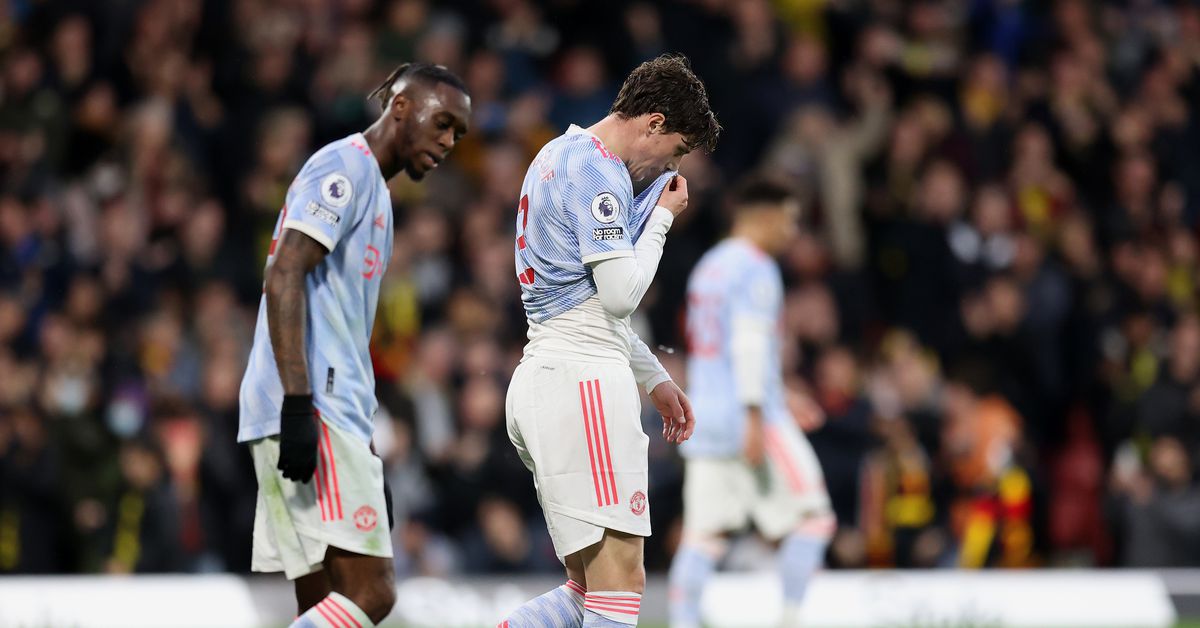 For any other manager, it would be the end. But at any other club, it would never have gotten this bad. Ole Gunnar Solskjær’s Manchester United turned in a truly dismal performance away at Vicarage Road on Saturday, going down 4-1 to relegation strugglers Watford. It was a performance every bit as poor as the scoreline suggests, and surely now Solskjær has taken charge of his final United match.

It is no exaggeration to say that United were never even in the first half, and they were lucky to go in at halftime only two goals down. Watford should’ve taken the lead inside the first 10 minutes, when Scott McTominay fouled former United forward Josh King in the penalty area, though Ismaïla Sarr was twice denied from the spot by David de Gea — the first having been retaken after Kike Femenía encroached to tuck the rebound home.

Watford played with so much more intensity and intelligence than their visitors that the first half was a total non-contest; the only surprise was that it took the Hornets almost half-an-hour to score. King had already been denied from point-blank range by the time he finally hit the net, stabbing a low shot past de Gea after a deep cross from the right had been pulled back into the area.

United’s only real chance of the half followed four minutes later, when a raking Bruno Fernandes pass from out on the left was volleyed goalwards by Marcus Rashford. It was a lone moment of brilliance from the United attackers, but Ben Foster was on hand to tip the ball to safety.

At the other end, Watford continued to create chances, and King should’ve doubled their lead when he was gifted a free header on a floaty Emmanuel Dennis cross. King made a clean contact, but his effort was too close to de Gea, who parried the ball away.

It took until the final minute of the half before the Hornets doubled their lead. Some more poor defending allowed Kike Femenía to overlap into space down the right, and pull back for an unmarked Sarr at the near post. The Senegalese forward more than made up for his earlier profligacy, lashing a wonderful shot inside the far post from a relatively narrow angle. By halftime it was 2-0, and Watford had recorded 11 shots to United’s pitiful two.

Solskjær made two changes at the interval, introducing Anthony Martial and Donny van de Beek in place of Rashford and McTominay. It was a switch that paid almost immediate dividends, with United pulling a goal back through the Dutch playmaker just five minutes after the restart. Jadon Sancho hung a deep cross towards Cristiano Ronaldo at the back post, whose towering header across goal was flicked home by van de Beek.

Watford looked to have lost some of their nerve, and United were unfortunate not to draw level when Ronaldo was sent clean through minutes later, though he slipped just before pulling the trigger.

United’s sporadic chances never became sustained pressure, and their hopes of drawing level were dealt a blow in the final 20 minutes. Court jester-cum-England’s Best Defender Harry Maguire made yet another fool of himself with an idiotic lunge at Tom Cleverley, earning himself an unnecessary second yellow and an early bath.

Still Ronaldo looked dangerous, and he soon headed a deep Sancho cross just off target. Another half-chance fell to Bruno Fernandes, who hurried his effort from the edge of the area, and blazed his shot over the crossbar.

In the end, United were made to pay for their missed chances. It took until stoppage time, but Watford doubled their lead and sealed the points. Dennis caught Martial napping deep in his own half and threaded the ball into the box for young striker João Pedro. The angle was tight, but he rifled a low shot past de Gea and inside the near post for 3-1.

The humiliation wasn’t done there, and in the final minute of added time, the Hornets scored a fourth. The brilliant Emmanuel Dennis capped a superb performance with a goal of his own, bursting past substitute Diogo Dalot and striking a wonderful low shot inside the far post from another tight angle, capping yet another of the worst days in living Manchester United memory.