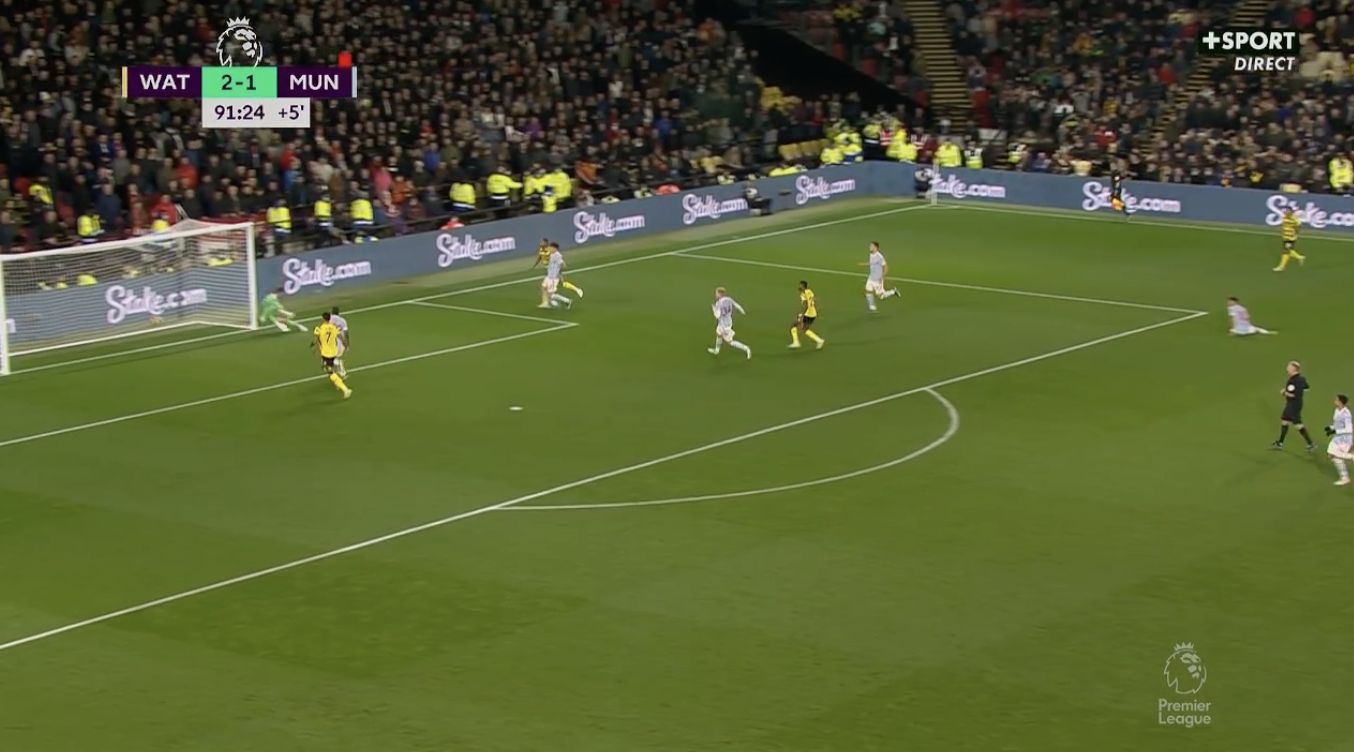 It was yet another afternoon to forget for Manchester United and Ole Gunnar Solskjaer.

Two goals in each half for Watford ensured that the Red Devils were sent crashing to another heavy defeat, and the Norwegian must surely be on the brink of the sack after that performance.

United had hauled themselves back into the game in the second-half, but Harry Maguire’s sending off was pivotal.

As they poured forward in search of an equaliser, they left themselves exposed at the back, with both Joao Pedro and Emmanuel Bonaventure Dennis scoring in injury time.