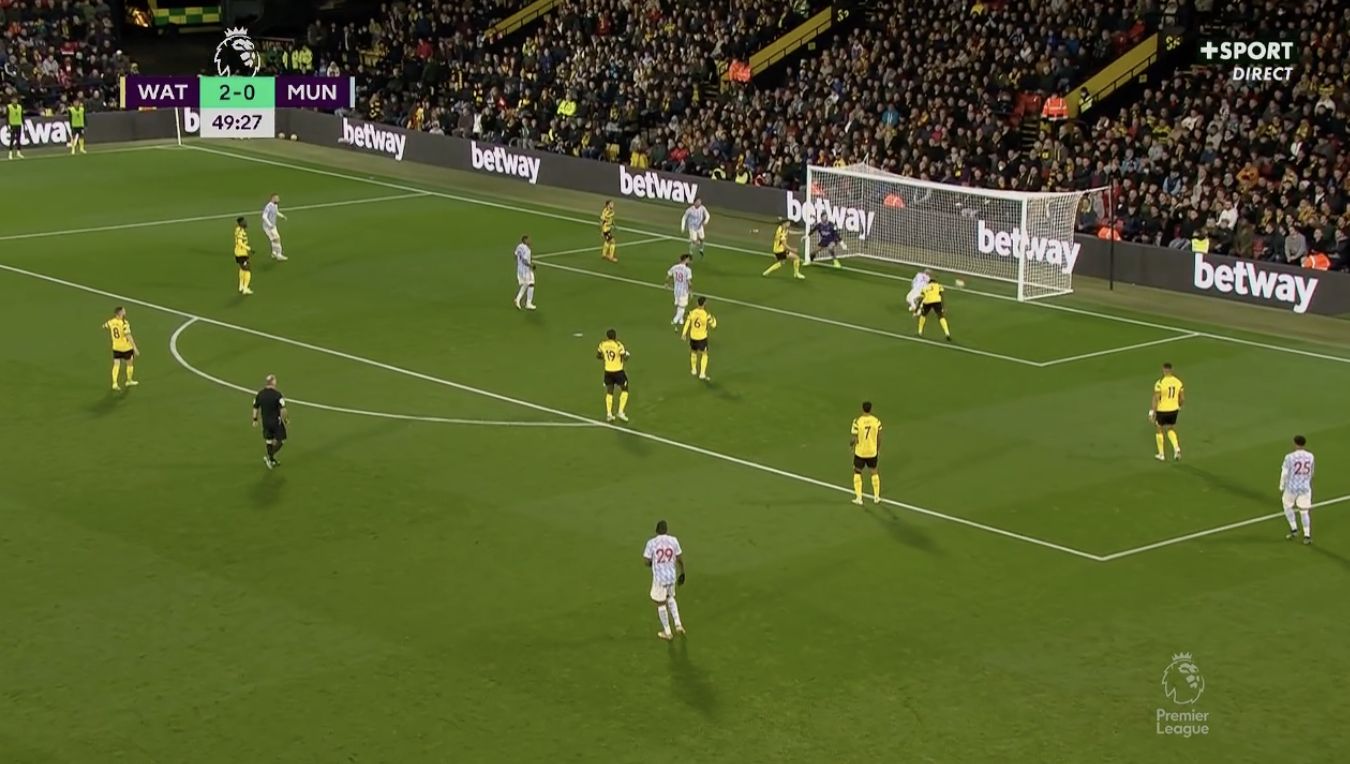 It’s been a long time coming but Donny van de Beek has taken his opportunity to shine at Watford with both hands.

Manchester United were as poor as they have been all season in the first half at Vicarage Road, and they went in at half-time deservedly two goals behind.

Ole Gunnar Solskjaer had to make a change or risk the score getting even more embarrassing, and his faith, finally, in the Dutchman paid off, as van de Beek pulled a goal back just five minutes after coming on.