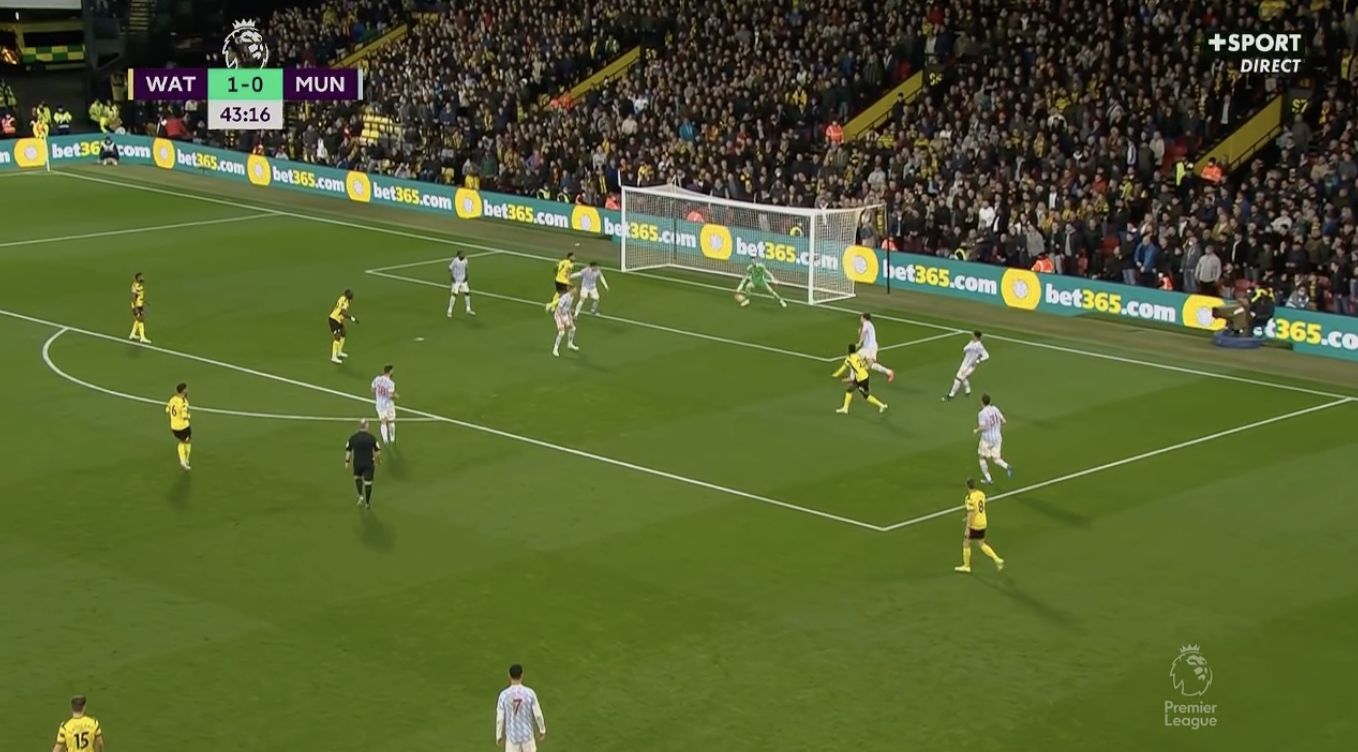 Manchester United have another huge mountain to climb if they want to get anything out of the game against Watford.

Moribund as an attacking force, the Red Devils are still brittle in defence, with Ismaila Sarr giving the Hornets a deserved second goal right on half-time.

David de Gea had even saved a twice-taken penalty, so it could’ve been even worse in what’s turned out to be one of United’s worst opening 45 minutes of the season.

Manchester United are down 2-0 at the half, can they mount a comeback?