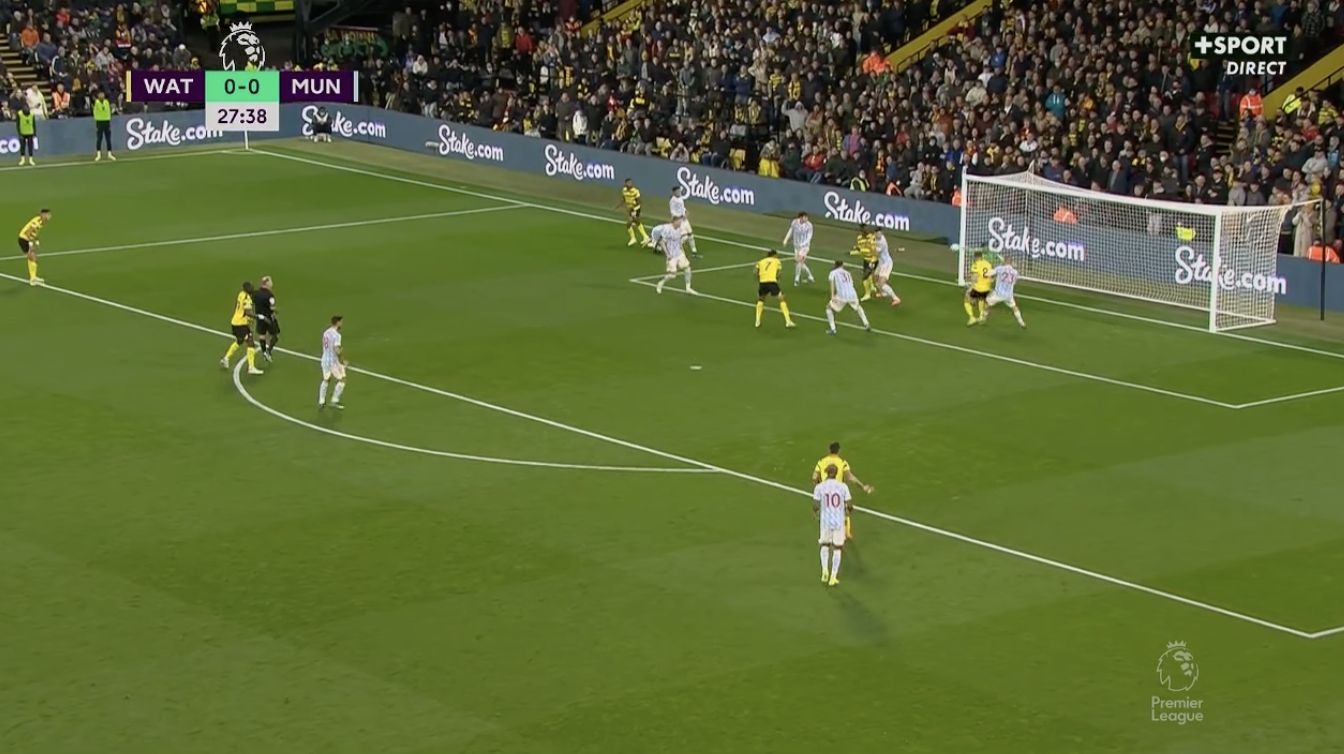 Things are going from bad to worse for Ole Gunnar Solskjaer and Manchester United.

The Red Devils had already had to rely on keeper David de Gea to keep out a re-taken penalty, before Josh King fired Watford into the lead at Vicarage Road.

United’s defence was non-existent as the Hornets attack were allowed to waltz through into the danger areas, and even King’s shot was tame but somehow found its way into the net.