‘You clever, clever boy’ – Watford ‘keeper Foster shares post-match chat with Salah that impressed him
Empire of The Kop 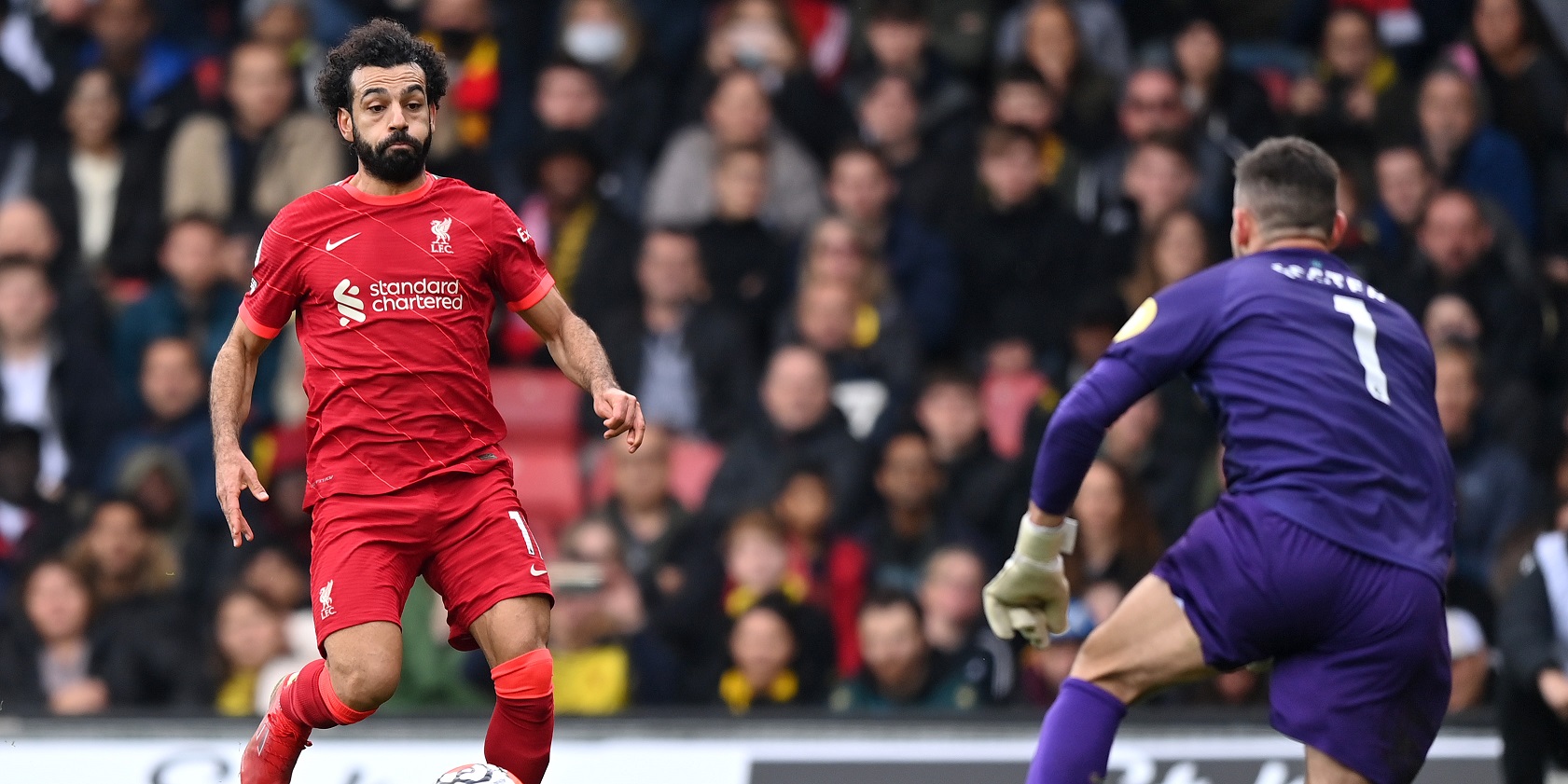 The Egyptian international had chased the goalkeeper after the game had been called to an end to inquire about how his opponent would have acted in a penalty scenario.

“The bit I want to talk about, in particular, is the bit about Mo Salah. About what he said to me at full-time that made me think: ‘Oh my gosh, you are so professional, so driven; you want to be the best you can possibly be’,” the Hornets’ shostopper spoke on his The Cycling GK video blog.

“They’ve just won the game 5-0. Mo Salah scored one goal in the game.

“He came up to me at full-time and he’s got his hand over his mouth a little bit because he didn’t want the cameras to catch it. But he’s come up and he’s gone: ‘Ben, Ben’. I’ve gone like: ‘Okay, yeah, you alright?’ And he’s gone like: ‘If I’d got a penalty, which way would you have dived?’

“Now, as soon as he said that, I thought: ‘Oh, you clever, clever boy’. Because we do our research. All the goalkeepers out there do their research on strikers and will try and find out where their last four, five or 10 penalties might have gone, for example. And Mo Salah, his last five penalties have gone to the keeper’s right.

“So I’ve looked at him and gone: ‘I’d have dived to my right because you put your last five penalties to the right’. And a big smile came up on his face, a big grin, and he went: ‘Yeah, yeah thank you. I need to know. I need to know’.”

The No.11’s latest batch of goals against Manchester United, to continue his impressive goalscoring run, took him beyond Premier League legend Didier Drogba’s record for the most number of English top-flight efforts registered by an African player.

With 15 goals in 12 games (across all competitions), our Egyptian King has taken his level of performance this term up a gear from the last.

That’s quite something in of itself given that the attacker’s goals had near-singlehandedly kept an injury-hit Liverpool side in contention for a top four place in the prior season.

Salah’s dedication to conditioning and squeezing the most out of every little advantage available to him is, of course, more than commendable and is evidently serving him well as he continues to raise the bar in the famous red shirt.

You can catch the full clip of the 38-year-old’s comments below, courtesy of Reddit user u/Egyeagle1: