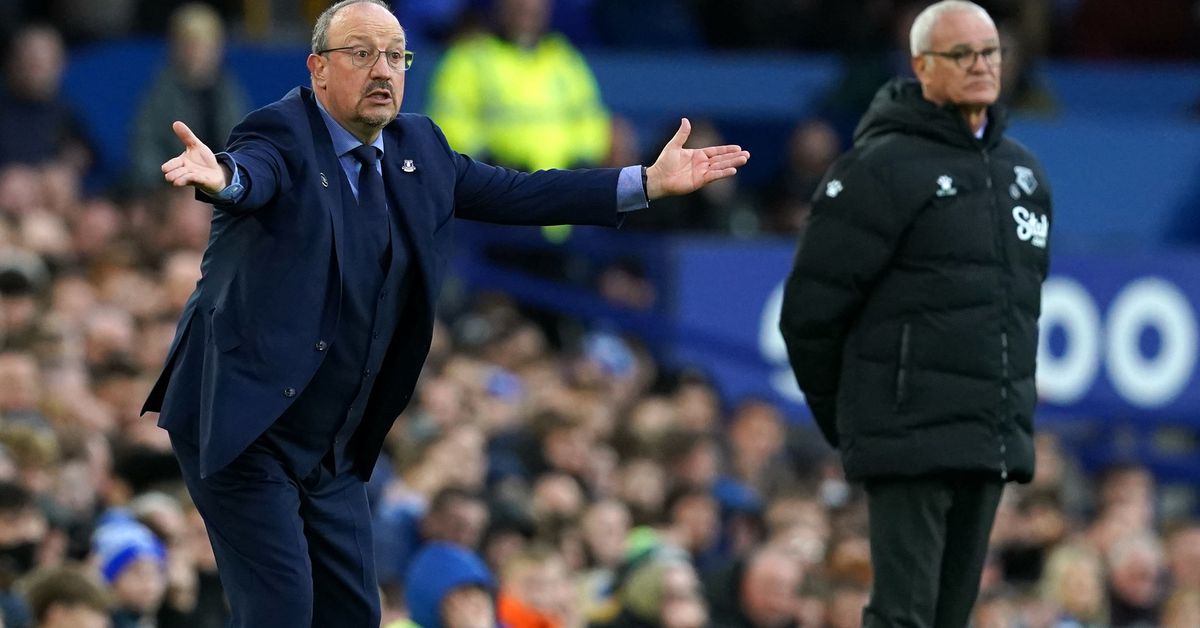 The news that the influential Abdoulaye Doucoure had suffered a stress fracture to his foot during last weekend’s match against West Ham United and would subsequently be out for a month or more, served to bring the mood of Evertonians down somewhat this week. The dynamic midfielder has combined stalwart defending with an attacking verve and a committed attitude so far this season, eclipsing his more than decent efforts last term. In lieu of the Frenchman’s services, theories as to how the Toffees would cope in his absence abounded, but in Friday’s pre-game press conference manager Rafa Benitez seemed to hint that a player would simply be swapped in.

This caused some concern, as it did not appear that Everton possessed another player with Doucoure’s unique attributes but when the team news broke, it was clear the Blues would retain their standard 4-4-1-1, with Tom Davies the replacement. Initially, misgivings were calmed with Davies getting on the end of Demarai Gray’s driven low cross to prod home at the near post and give the Blues a dream start against fragile opposition. But the team quickly lost the possession battle, with Tom often found chasing the ball alongside Allan and showing little of the drive and ball-carrying ability that Doucoure brings to the box-to-box role.

Davies started out as a youngster as an attacking midfielder, but as he’s matured he’s adopted a more normalized role in the centre and last season was used extensively during Allan’s absence as a deep-lying player, collecting the ball from the defence and carrying it forward. He often wins cheap free kicks and at his best can progress the ball forward from this position, either by carrying it a short distance or by passing. What he isn’t though is a dynamic physical presence with pace, which is what Doucoure offers. Benitez obviously felt Tom could do a reasonable job filling in, requiring minimal adjustments, but in this he failed.

A Change of Shape

Rafa Benitez has typically set Everton up in a 4-4-1-1 formation and the team has generally played pretty well in this shape. Although Gray, playing off striker Salomon Rondon does drop back to help out, much of the team’s defensive responsibility falls on the central pairing of Doucoure and Allan, each of whom have their strengths and who generally complement each other very well. Whilst the team could probably cope with the loss of the Brazilian, without the Frenchman it was apparent yesterday that the whole system becomes unbalanced.

For the first hour Allan and Davies played adequately from a defensive standpoint, breaking up attacks and shielding the back 4 competently, but as they tired their lack of pace and dynamism started to become exposed. The midfield adopted a stretched look, failing to combine well in possession and unable to recover position after pressing. Richarlison’s goal at about this point, shortly after being introduced, masked this loss of control but it would soon become clear that the Blues midfield was struggling to contain Watford and to screen the defence. A change of shape was needed, another midfielder introduced but Allan and Davies were left to cope and patently did not do so. Benitez now needs to re-evaluate his approach and to formulate a new formation and method of play.

This is of great concern as Watford’s midfield is hardly amongst the division’s best. Against more able players Allan and whoever partners him in the team’s engine room are going to be badly overrun and will be incapable of establishing any control. Leaving yesterday’s match to one side, we saw this happen on numerous occasions last season under Carlo Ancelotti, when one or the other of Everton’s preferred starters in the centre were unavailable, or were returning from injury. Then, the Blues relied on a low-block, didn’t press actively so as to retain shape and relied on a moment of magic from one of their attackers, or a set-piece goal. It seems unlikely that Benitez will go this route, as it would require abandoning his quick-strike counterattacking approach.

The Spanish tactician must therefore look to compensate for the Doucoure’s lack of availability in other ways and the most obvious would be to switch to a variant of a 4-3-3. If Jean-Philippe Gbamin is fit enough for the bench, then he must be tried alongside Allan and Davies as, in theory he would add much-needed physicality and if nothing else add an extra body in midfield, making the team more difficult to play through and preserving his teammates’ legs. If Gbamin cannot do this, then his future at the club must be in doubt.

A Question of Character

A characteristic of these early weeks of the Rafa Benitez era has been an increase in the amount of fight and determination evident in the team on the pitch. Before yesterday, there have been only 2 instances where this has been lacking: the first half of the cup exit against Queens Park Rangers and a 10-minute spell against Aston Villa, where an even game spiralled rapidly out of control. In the first case, a significant number of fringe players were fielded, whereas at Villa Park the Blues succumbed to a series of rapid blows before they were able to react. These things happen. Against West Ham United last weekend, Everton’s disappointing reverse seemed more a case of a below-par outing, abetted by a number of missing key players, than anything else more serious.

Saturday afternoon felt different though. The team’s performance was uneven from almost the first whistle, after Davies had grabbed the early goal, but became increasingly nervy in the second period, with wild clearances and disjointed defending suddenly appearing. This continued after Richarlison had put the Toffees 2-1 up with 25 minutes to go. The way the team quite literally fell apart after Watford equalized in the 78th minute was both shocking and disturbing. There was no reaction, no rallying call that was heeded. Even more than Everton’s inability this season to adequately defend a set-piece, this has to have stunned Benitez to his core. The man has a wealth of experience and he is going to need it to figure out why his charges have suddenly become so brittle.

Clearly, some big characters such as ebullient defender Yerry Mina were missing from the side yesterday, but experienced and battle-hardened players such as captain Seamus Coleman, Allan and Andros Townsend were all on the pitch as the side collapsed under Watford’s pressure. Benitez will need to understand what happened to his players mentally, as much as tactically and to stop such an on the field implosion occurring again, particularly at Goodison Park, for the home fans will not accept this again from their team.