Liverpool love Ole at the wheel, 'fire drill' at United and Antonio in the Matrix
TalkSport 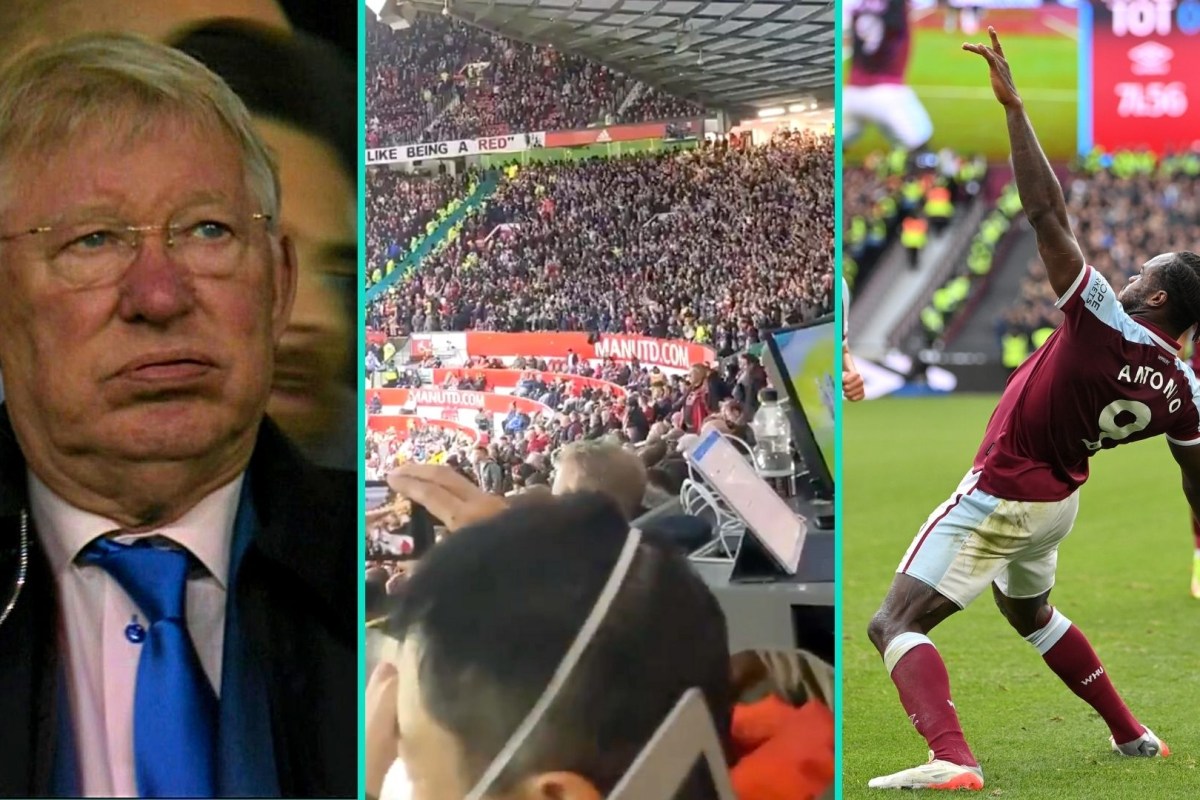 From Manchester United despair and Liverpool joy to another epic Michail Antonio celebration, there was plenty going on in the Premier League at the weekend.

Here are the things that caught our eye on social media…

It was another cracking weekend in the Premier League

OLE’S LOSING CONTROL OF THE WHEEL

It’s not every day you beat your rivals 5-0 away from home.

But Liverpool did just that as they well and truly thumped Manchester United at Old Trafford on Sunday.

The travelling fans certainly made the most of the memorable occasion as they rejoiced in their side’s sensational display.

It was the biggest victory Liverpool have ever enjoyed at the home of their great rivals and the noise didn’t stop from the away end even long after the final whistle.

The Liverpool fans teased the dejected United faithful with a parody of the Red Devil’s chant ‘Ole’s At The Wheel’ and a rendition of ‘Always Look On The Bright Side of Life’, with videos of the brilliant chants all over social media.

IS THERE A FIRE DRILL?

As Ole Gunnar Solskjaer pointed out, plenty of Man United fans stayed until the final whistle to clap their team off, despite the humbling defeat.

But there were also plenty who didn’t stick around to even watch the second half.

Liverpool had stuck four goals past the home side by the fifth minute of stoppage time in the first half.

And it didn’t take long for parts of the Old Trafford crowd to start heading for the exits during the break.

They really had seen enough.

Cameras at the Manchester United vs Liverpool game were quick to focus on the respective club legends sat in the crowd, Sir Alex Ferguson and Sir Kenny Dalglish.

And in this case, the phrase ‘a picture tells a thousand words’ couldn’t have been more accurate.

Fergie was left shaking his head in horror at United’s dire display.

Meanwhile Liverpool hero Dalglish was caught smiling away and chuckling as his former club put on a stunning display.

Fans on social media were quick to point out just how much this summed up the gulf between the emotions of each club’s fans in that exact moment.

MICHAIL IN THE MATRIX

But it’s the man who grabbed the winner that stole the attention of social media users – and not for his goal!

After prodding him from a corner in the 72nd minute, Michail Antonio produced another unique celebration as he rolled his arms back and lent backwards to the point he almost fell over.

And his celebration well and truly went viral, leading him to explain to reporters after the game that it was Matrix inspired.

Antonio may be getting many other instances of deja vu if he carries on his goal scoring streak.

The West ham forward had coined himself ‘AntoNEO’ earlier in the week, after the Matrix character

THE HORNETS UPSET THE TOFFEES

Watford’s first win under Claudio Ranieri came this Saturday as his side scored four goals in quick succession in a stunning 5-2 rout of Everton at Goodison Park.

The Hertfordshire side had been thumped 5-0 in their previous game vs Liverpool, but turned things around spectacularly.

The result shook the Toffee’s faithful, and fans from across the Premier League took to social media to say just how poor of a result it really was.

Meanwhile, the only way is up for Watford. Dilly ding, dilly dong!

Only Everton fans could mock Liverpool fans for beating “it’s only Watford” 5-0 away from home and then have this happen a week later 🤣 pic.twitter.com/fBzOSmge6E