‘Still on our side’: Some Liverpool fans react to what happened on Merseyside yesterday
HITC 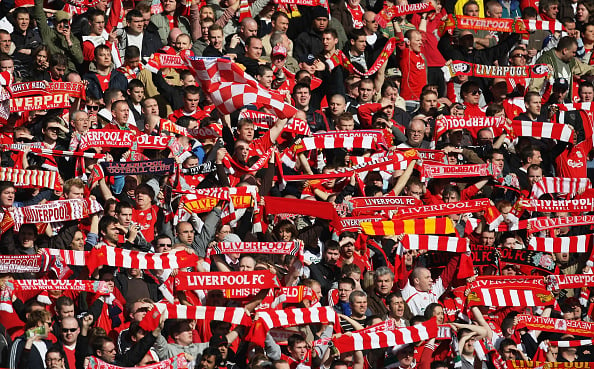 Liverpool fans have reacted on Twitter to Watford scoring five goals at Everton in the Premier League on Saturday afternoon.

One week after Liverpool put five past the Hornets at Vicarage Road, they paid a visit to Merseyside by producing a stunning comeback against Rafa Benitez’s side.

It was the surprise result of the weekend, so far, because not many accepted Claudio Ranieri’s to bounce back after last week’s thrashing.

It was Ranieri’s first game in charge last week, and the one-time Premier League-winning manager, was welcomed back in a brutal fashion.

But they put all of that to one side yesterday, with Josh King, who was at Goodison Park last season, scoring a hat-trick.

Every way, any which way Everton fans would have turned yesterday, things were just getting worse and worse.

From Antony Gordon being subbed to the disapproval of the home support, losing the lead, conceding five to a newly-promoted side and King scoring a hat-trick.

There is now going to be huge pressure on Benitez’s shoulders and back-to-back home defeats should be the kick up the backside they need.

At the end of November, there is the small matter of the Merseyside derby.

And the Toffees are going to want to go into the encounter having pushed through this poor form, else they will be dreading the worst.

Here is a selection of Liverpool fans reacting to Watford scoring five yesterday:

“Calm down lad, it was only Watford” the words uttered by my Blue colleague last week. Can’t wait for work Monday.

Watford was thinking about LFC today, taking out all the anger 😂😂

Rafa Benítez is still on our side

rafa is bigger than your club

In other news, ‘He is using Nokia 3310’: Some Liverpool fans react as Naby Keita image emerges