Josh King after Watford hat-trick: I didn't get a chance at Everton last season
Sky Sports 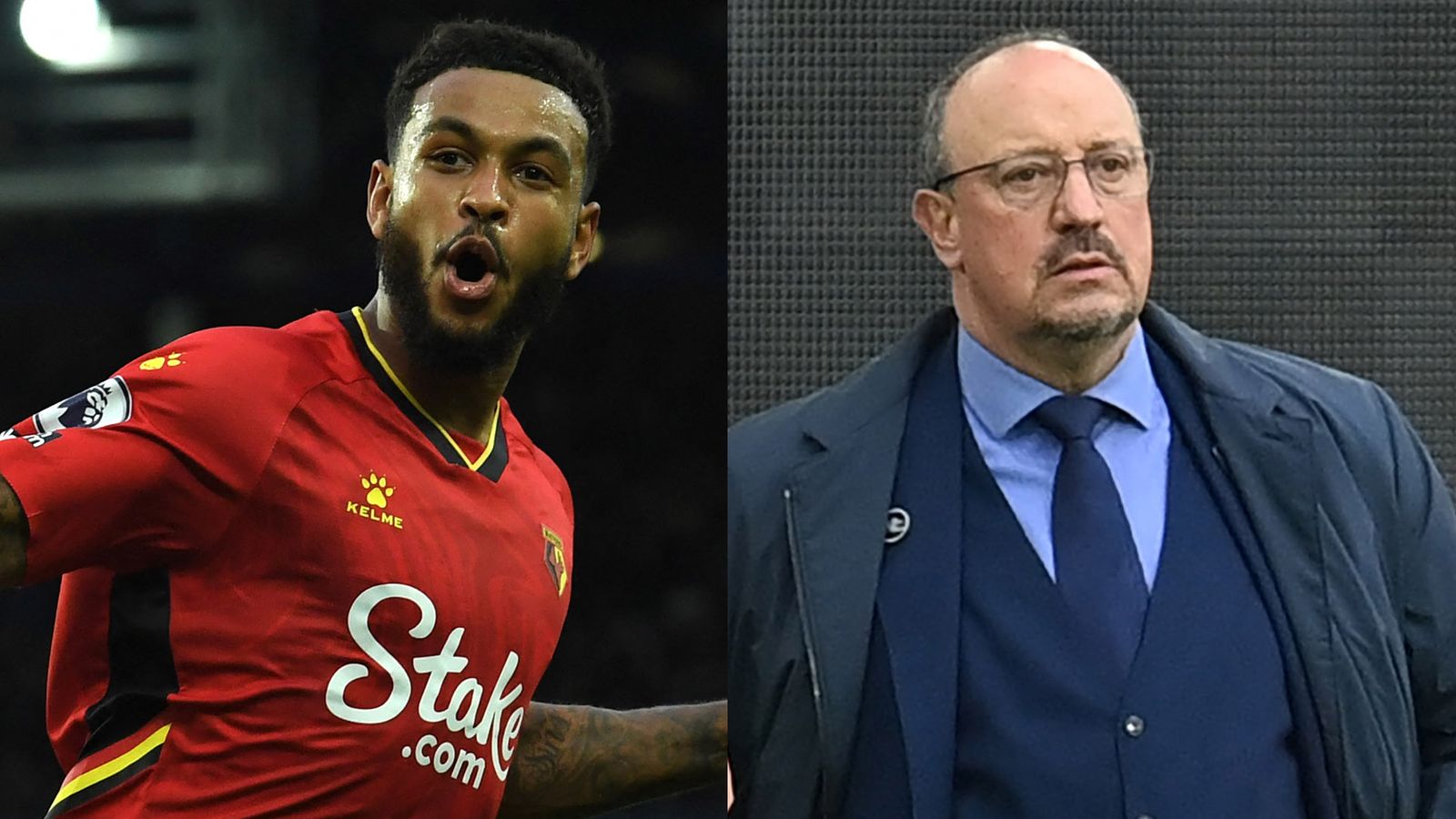 Josh King said he had a "point to prove" before scoring his hat-trick for Watford against Everton after "not being given a chance" by the club last season.

The Norway striker scored his first league goals in 29 appearances - spanning three clubs and going back to July 2020 - in Watford's stunning 5-2 comeback victory at Everton, with the Hornets scoring four times in 14 minutes in a late flurry.

King made 11 appearances for Carlo Ancelotti's Everton last season, failing to score, but all came from the bench, registering a total of just 138 minutes on the pitch.

After his heroics on Saturday at Goodison Park, King said he woke up on Saturday morning with a feeling he would score.

FREE TO WATCH: Highlights from Watford's win against Everton in the Premier League

"That's football - but I feel like every time someone doubts you, or doesn't believe in you, you want to prove a point. I felt I had a point to prove. I know it's not personal, but I woke up and said to myself I have to be on my A game today. I didn't expect a hat-trick, but I'll take it!"

3 - Josh King is just the third player to score a Premier League hat-trick against a side he's previously played for in the competition, after Andy Cole (for Man Utd vs Newcastle) and Marcus Bent (for Wigan vs Blackburn). Haunting. #EVEWAT

Just a week after Claudio Ranieri's Watford reign got under way with a 5-0 home defeat by Liverpool, this time it was the Hornets hitting five, and the Italian was delighted with his side's reaction.

Ranieri said: "It was a crazy game because we conceded lots of chances, but also Everton conceded great chances to us. I am very satisfied because after the Liverpool defeat we wanted to react, and today we reacted very well.

"I ask my players never to give up, to continue to play our football. We have to defend better than today."

He also told the post-match press conference: "Last Saturday we played against one of the best teams in the world, we conceded five goals, but also Atletico Madrid, in my point of view, one of the best defensive teams, conceded three goals against them.

"But today we changed the mood, the system and the players, they understood my idea, and we scored five goals. That doesn't mean every match we win, but it's important to fight in this way."

Ranieri also admitted he "didn't know why" King was not given an opportunity at Everton last season, and described his display on Saturday as "amazing".

"I don't know why [he wasn't given starts at Everton]. For me and for my team he is a great, great striker. Not only because he scored a hat-trick today, but the way he held the ball and kept the ball, linking with the midfielders, it was amazing. An amazing match."

Everton boss Rafa Benitez has seen his side hit the buffers slightly after back-to-back defeats, but he was left stumped at the manner of the defeat, with his side leading 2-1 with just 12 minutes remaining.

He told Sky Sports: "It's difficult to explain. We were winning 2-1 and in a few minutes we concede so many goals, it's complicated for me to understand.

"We were making mistake after mistake, giving them belief, and hope, and chances. They took them. When you are winning you need to know how to manage and we didn't know who to do it.

"You are winning 2-1, after great effort, and the team was fine, the fans were behind the team, but we make so many mistakes and we lost the confidence and everything.

"You try to make sure you are ready for the next one but I cannot forget the things we didn't do right today."

Watford's final three goals were met by jeers from an emptying Goodison Park, who also disagreed with Benitez bringing off Anthony Gordon for Richarlison in the second half, but the Spaniard insists he understands the frustration.

"I understand the frustration of the fans, and it's important for us to realise the next game we have to be stronger mentally, and to show more character, and to show more personality. Today we did it for a while, but after in a few minutes we didn't show that."

Asked whether the fact Everton had only eight subs suggested they need January reinforcements, Benitez said: "I think it's not the time to talk about that because I don't want to make any excuses with the players we had on the pitch.

"Obviously January will be a time where we talk about what we need to do, but for this game I thought we had enough men on the pitch to manage the game and to win the game."

"You've got to say Claudio Ranieri was brave. Even at 1-1 they had Emmanuel Dennis and Joao Pedro stripped to come on, he wanted to try and win the game.

"It's an unbelievable turnaround. Watford were unbelievable - they had 20 shots on goal. They created opportunities, and Joshua King today was brilliant. Everton fans will be spewing and thinking: 'Where was this Joshua King?' - he could have scored even more. You can see he is composed in front of goal.

"But you've got to say, when you look at Everton now, they had a good start to the season, there were a lot of boos around the stadium.

"Watford were excellent - they've got a threat on the counter-attack and they were ruthless in front of goal - but Everton's luck might be running out."

Everton go to Wolves on Monday Night Football on November 1, live on Sky Sports Premier League at 8pm, while Watford host Southampton in the Premier League on Saturday October 30 at 3pm.