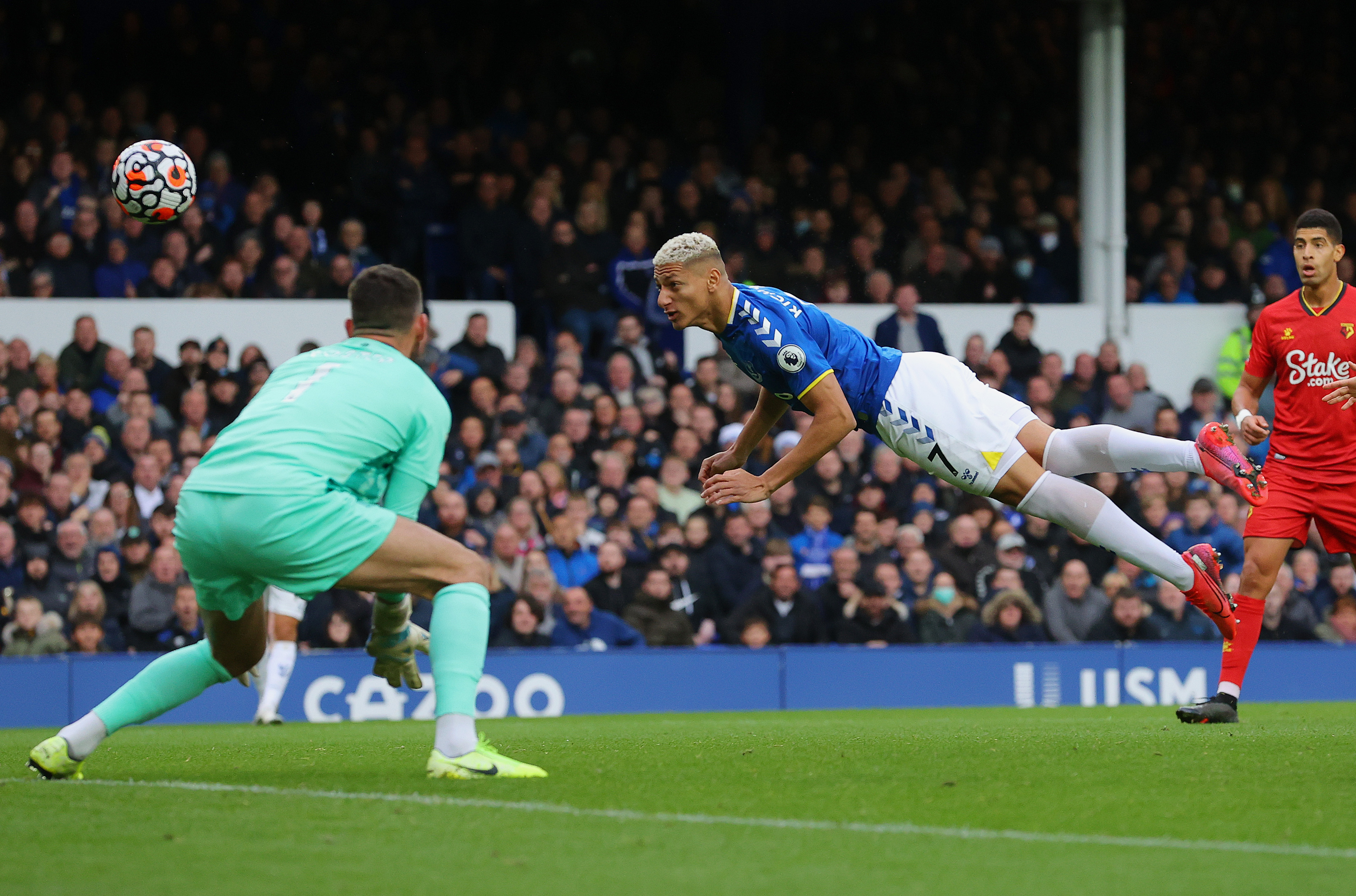 Rafa Benitez says Everton paid a high price for losing control from a promising position in the second half of Saturday’s Premier League meeting with Watford.

Richarlison climbed off the bench to end a six-week injury exile on the hour and duly headed his team in front three minutes later.

Everton, insisted Benitez, missed an opportunity to grab the game by the scruff of the neck following the Brazilian's strike – after the hosts originally surrendered a third-minute lead given to them by Tom Davies when Joshua King equalised 10 minutes later.

Juraj Kucka’s forceful header past Jordan Pickford on 78 minutes brought Watford level for a second time and laid the platform for the visitors to add three more goals in the final 10 minutes.

“It is difficult to explain when you are winning 2-1 and concede four goals in a few minutes,” said Benitez, who refused to point to missing players to excuse the result.

“We need to understand how to manage games, especially at the end when we are winning. We didn’t do it and we paid for that.

“We conceded a few goals in a few minutes and you cannot allow these things in the Premier League.

“When you score the second goal and are winning, you have to be more compact and better organised.

“We made mistake after mistake and gave the ball away and allowed them too much time on the ball and they had the space to play on the counter-attack.”

Richarlison returning to the field for the first time since sustaining a knee injury in the victory over Burnley on 13 September was the high-point of Everton’s afternoon.

The Brazilian forward powerfully met a delivery from Michael Keane for his second goal of the campaign only 180 seconds after replacing Anthony Gordon.

Midfielder Davies, making his first Premier League start this term, had converted from Demarai Gray’s left-wing cross to give Everton a flying start.

King brought the scores level with Watford’s first opportunity, the goal awarded after a VAR review concluded the striker was onside when he connected with Craig Cathcart’s flick across the box.

The sides traded chances before Everton got their noses in front through Richarlison’s diving effort.

We need to understand how to manage games, especially at the end when we are winning. We didn’t do it and we paid for that.

“We were confident [at 2-1] because we had some control in the game, then mistakes gave them hope and belief and we continued making more mistakes,” said Benitez.

“Instead of staying calm and tying to manage the last minutes – if you concede you have time to score another goal – we made more mistakes and left more space.

“We started the season really well winning games at home and if we’d won the last one against West Ham [1-0 defeat last Sunday], it would have been the best start at Goodison since 1978.  Then we’ve lost two games in a row, which no-one was expecting.

"It is something we have to consider and not make the same mistakes next time.”

Everton were without both Abdoulaye Doucoure, the former Watford midfielder, and striker Dominic Calvert-Lewin against visiting boss Claudio Ranieri’s side.

But Benitez rebuffed the suggestion those key absences significantly affected the result.

“Today was not about that, we had enough quality on the pitch to win – and we were winning," added the Everton manager.

“It is up to us to manage the situation and improve that – some players were a little bit tired but it doesn’t matter, it is not an excuse.

“We have to be better – especially when you are in control of the game. You can’t make the mistakes we made.”