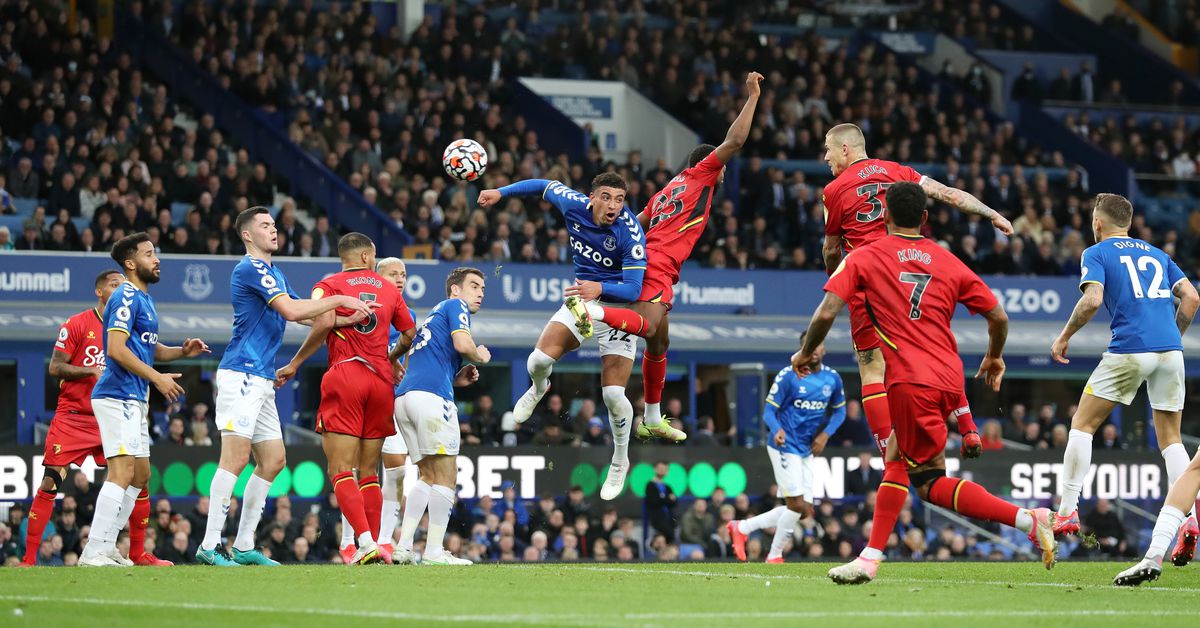 Everton got off a snappy start, with Lucas Digne finding Demarai Gray down the left in the third minute, and his low cross was neatly tapped in by an advanced Tom Davies to put the Blues ahead.

However, Watford did well to not collapse immediately after with forwards Josh King and Ismaila Sarr keeping the Blues on their toes. It was no surprise either when they equalized after thirteen minutes, with a freekick from a dangerous deep spot nodded down and King reacting quickest to tap home. Sweet revenge for the former Bournemouth forward who endured an unhappy time at Everton under Carlo Ancelotti last season.

It was the visitors that were the better side for the remainder of the half with Everton struggling to impose themselves on the ball, but what was worse, it was misplaced passes even without any pressing from the Hornets that made things worse.

The second half started with much of the same, but it was not until Rafa Benitez made his first change that the Blues got the spark they needed. Anthony Gordon, who had had an excellent game was withdrawn to loud discontent from the fans, but Richarlison went up front alongside Salomon Rondon and immediately made the difference. Unmarked from a perfect Michael Keane cross, the Brazilian heads the Blues ahead soon after the hour mark.

After that the Blues were happy to keep the ball in front of them, letting the visitors have the ball but closing them down as they approached the Blues’ defensive third. And then, Benitez took off Gray after another strong performance, and all hell broke loose in the defence.

A litany of late setpiece errors and simply sh*tty marking in their own half saw Watford score not once, not twice, not thrice but four times as King completed his hattrick on his return to Goodison Park and Kucka and Dennis got in the act as well to make the final score 5-2.

Benitez has usually won praise for his substitutions, and bringing in Richarlison to get what should have been the winner. However, taking off Anthony Gordon and Demarai Gray, both Everton’s best players on the day seems to have definitively swung the pendulum against his side.

The Everton defence however deserves every single brickbat they receive though. They played like they had just met each other two minutes before the game started.

Tom Davies started off brilliantly replacing Abdoulaye Doucoure in the lineup. He continued to show in short spells that he could get the job done especially against lesser-talented teams in the Premier League.

Miscommunication and misplaced passes was the story of the day for this Everton team, and Benitez has a lot to fix before the Blues play again next weekend.