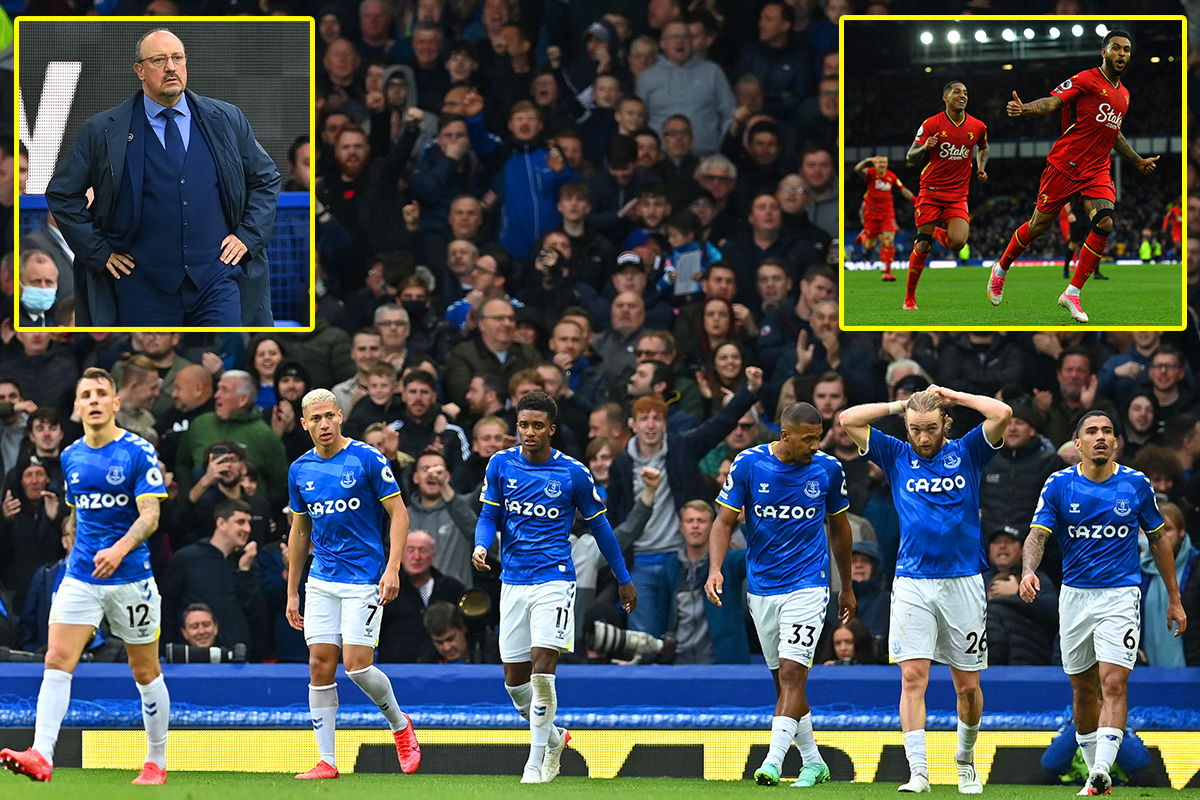 Everton were humiliated 5-2 at home by Watford on Saturday, despite being 2-1 up with just 12 minutes remaining.

Claudio Ranieri’s team produced an incredible turnaround, scoring two goals in 88 seconds to go 3-2 up, and then adding a further two goals as Rafael Benitez’s men chased the game.

The match began brilliantly for the home side as Tom Davies put them ahead after just three minutes.

However, Josh King, who was released by Everton over the summer, made his old club pay for that decision by equalising ten minutes later.

It was a tense fixture up until Richarlison’s 63rd-minute goal, which finally looked to have settled the match.

With 12 to go, Watford did not appear to have a route back into the game.

King haunted his former side

Then, all of a sudden, the Hornets burst back into life.

Everton then overcommitted as they frantically attempted to get back level and left themselves exposed at the back.

King completed his hat-trick on 86 minutes, to the astonishment of the Goodison Park crowd.

And boos rang out around the stadium when Emmanuel Dennis added a fifth in added time.

The away end was in delirium as the full-time whistle blew.

Large parts of Goodison Park had emptied by this point, while those who opted to stay booed once again.