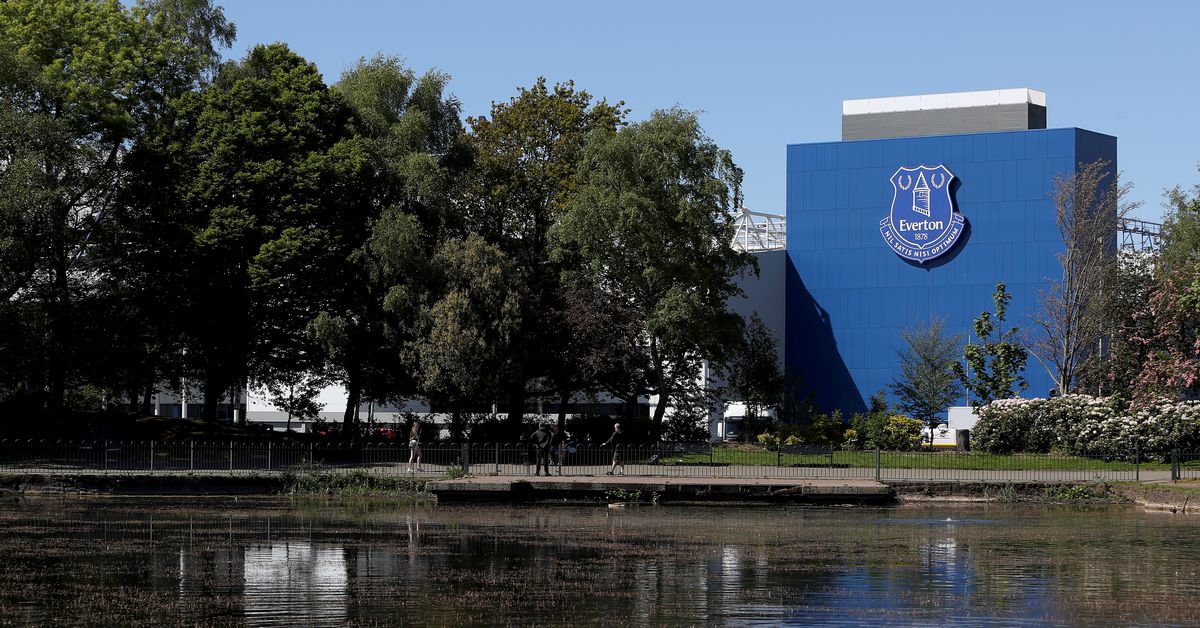 45+3’ - Watford have throw in deep in the Everton half, Hernandez shot charged down.
Ngakia vs Gordon, Digne vs Sarr, King vs Keane are the key battles in this game.

45+2’ - Now Kucka can shoot from just outside the box after another Everton turnover, over. There will be another two or so minutes here.

43’ - Some drama here. Everton win a freekick in their own box and Coleman tries to take it quickly, Ekong fouls him again. He goes in the book and there’s some shoving between Davies and Hernandez.
Now an Everton chance as Gordon gets on the end of a cross in the box, but the ball doesn’t sit well and his shot is blocked.

40’ - Game has definitely livened up now and the crowd is alive too. Everton cross into the box is cleared, and Sarr can break with pace, but he decides to shoot from way out and ball is over.

38’ - The crowd are quite unhappy at the ref after fouls on Godfrey and Davies are not called.

35’ - Allan tries a shot from distance, lucky deflection on a wayward attempt for a corner. Ball into the box is cleared.
Digne cross deflected into the box and Gordon goes down, a knee in the small of his back! VAR will look at it and say that’s no foul and it’s not even a corner. Boo.

33’ - Digne and Gray combine, and then Townsend can run towards the corner flag but the ball gets away from him. Just not coming together for the Blues right now.

30’ - The boost from the early goal for Everton lasted only fifteen minutes, and Watford have been the better side since then.

28’ - Rondon shot from outside the box blocked for a corner. Davies gets to it in the six-yard box but the balloons over, replay shows that the defender got the last touch but the ref calls for a goalkick amid boos from the crowd.

25’ - A Sissoko shot, lucky for Everton there. Whew.
After a bright start Everton are reverting to ball-watching and playing on the counter, Watford have 58% possession after 25 minutes.

21’ - Townsend whips in a cross into the box and both Davies and Rondon are close but can’t make contact.
Now Andros takes a right-footed shot from the right corner of the box, wide of the far post.

18’ - More trouble for the Toffees, Sarr skips past Allan, and then tripped by Digne who now goes in the book early on.
Freekick is eventually cleared, and the Blues are struggling with defending these setpieces.

13’ - Out of nothing, a revenge goal for Josh King!! A deep freekick is deflected down and King is first to the ball and tucks it in! Argh, that was written wasn’t it?
Wait though, VAR is checking this for offside now. Looks like Gray might have inadvertently played him onside, and yes, it is a goal. Argh. It’s another setpiece goal conceded.

10’ - Gordon and Davies combine very well and an Andros Townsend shot from outside the box stings the goalie’s palms. Seamus Coleman’s cross into the box is met by Gordon, but he can’t direct it well.
The Blues are passing the ball well and with conviction, that early goal has really been a (booster) shot in the arm [sorry, couldn’t resist a contemporary pun there].

9’ - Good cross into the box for Watford, Ben Godfrey did very well there to keep the ball away from the dangerous Ismaila Sarr, and then Davies mops up.

3’ - GOAL!! Lucas Digne makes a move down Watford’s suspect right, finds Demarai Gray who makes a great run, twisting and turning, and his low cross is met by Tom Davies, neatly tucked in! The Everton Academy graduate is stepping into Abdoulaye Doucoure’s huge shoes right away!!

Rafa Benitez has gone with Tom Davies to replace Abdoulaye Doucoure in midfield, and Anthony Gordon will start as well. Richarlison is on the bench.

Everton slumped to their second defeat of the season last weekend when they hosted West Ham. Now they have a chance to make up for that disappointment when Watford come visiting today.

Both sides lost last weekend and both will be motivated to amend that. The Toffees will be boosted by the return of Richarlison, even though it appears Rafa Benitez’s trade-off was to lose Abdoulaye Doucoure for nearly a couple of months and Yerry Mina for a shorter period.

Pressure will be on the Blues to continue to pick up three points especially when facing lower table opposition at home. However, Everton’s injury situation this season is already approaching laughable proportions and failure to capitalize on games such as these could and will seriously impact the Blues’ chances at staying near the summit of the league table.

For the Hornets, they did not receive the much talked about “new manager bounce” with the likeable Claudio Ranieri taking over last weekend against Liverpool. The veteran manager could only have rued the job he had taken as he saw his charges swept aside in a 5-0 demolition, and for the Blues’ sake, hopefully he hasn’t worked out yet how to shore up his side.

The Toffees did the double over the Hornets the last time Watford were in the Premier League, winning 2-0 at home and then coming back from two goals down at Vicarage Road before halftime to snatch a late 3-2 win.