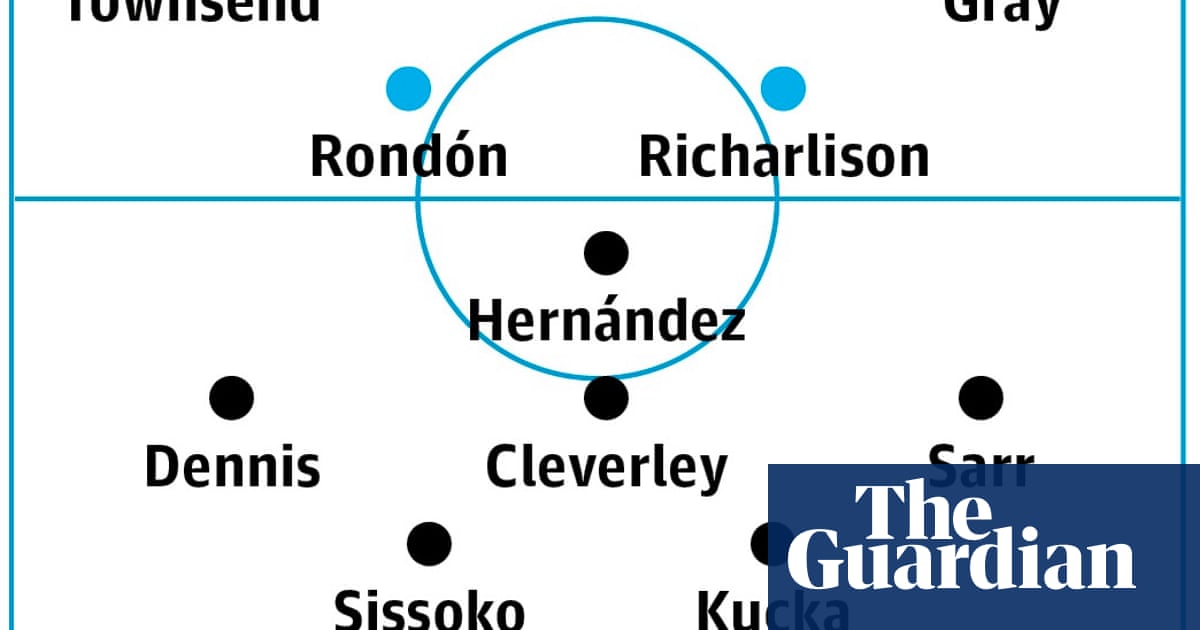 There appears little respite for Claudio Ranieri as he follows a painful unveiling at Vicarage Road with a trip to Goodison Park. Watford were as abysmal as Liverpool were formidable last week but, having had an extra week to work with a team that has won once in seven games, the Italian will expect a response against an injury-hit Everton. Likewise Rafael Benítez. A first home defeat of the season was followed by the sizeable loss of Abdoulaye Doucouré and more bad news on Dominic Calvert-Lewin’s fitness, though Richarlison is available for the first time in almost six weeks. Andy Hunter