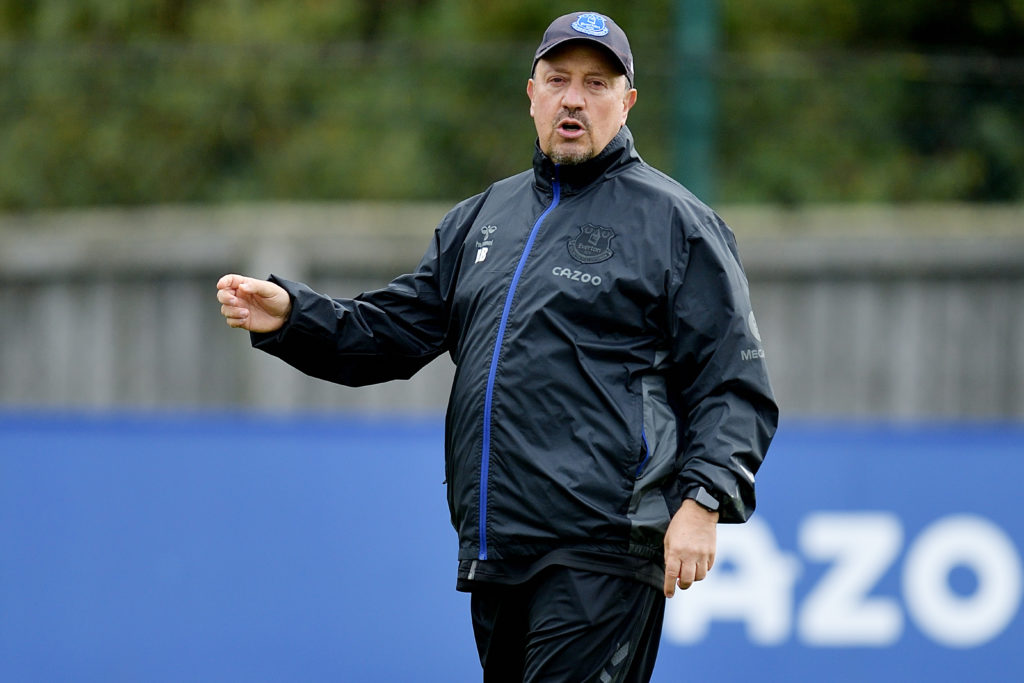 Richarlison could hand Rafa Benitez a big boost before Everton host Watford as the striker hopes to be fit for Saturday’s clash, but injury will likely keep Dominic Calvert-Lewin out.

That’s according to the Liverpool Echo, who report Richarlison is hopeful Everton’s medical team will pass him fit. The Brazilian has missed the Toffees’ last four Premier League games after sustaining a knee injury.

Richarlison had started the first four top-flight fixtures of Benitez’s Everton tenure before developing his injury last month. The 24-year-old scored and assisted during the Toffees’ opening day win over Southampton, but has had no goal involvements since.

Benitez explained before Everton hosted West Ham United on Sunday that Richarlison was ‘closer’ to returning from injury than Calvert-Lewin. That remains true, as the Echo claim he may have suffered complications in his recovery from a thigh injury.

Everton are additionally reluctant to put a timescale on Calvert-Lewin’s return after missing their last five league fixtures. There are fears the 24-year-old could face a 12-week absence, but remains hope of the centre-forward returning sooner.

Calvert-Lewin developed his thigh injury against Brighton and Hove Albion during Everton’s 2-0 win in late August. He scored the Blues’ second of the day at the Amex Stadium for his third goal in three games. Picking up where he left last season after netting 16 in 33 games.

Everton will also now be without Abdoulaye Doucoure through injury when Watford visit Goodison Park after the former Hornets midfielder developed a stress response in his foot. While Andre Gomes (calf) and Fabian Delph (shoulder) also remain unavailable for Benitez.

Richarlison returning from his knee injury for Everton’s clash with Watford on Saturday will be a big boost for Benitez. The Blues have only won one of the four Premier League fixtures the Brazilian has missed, while scoring three goals.

Salomon Rondon is also yet to get off the mark in royal blue since his move to Merseyside this summer. Despite the Venezuelan playing the full 90-minutes in their last three league games, plus 63-minutes during his first start of the season against Aston Villa last month.

Richarlison may not have scored often before his injury, but his return will hand Benitez options to change Everton’s fortunes. His spell on the sidelines could also see Richarlison return in better form, having faced a gruelling run of games. Potentially handing Benitez the forward whom Carlo Ancelotti lavishly praised, via Goal, last season:

“Richarlison is a modern striker, a complete striker, because he works really hard. His physical statistics are really high, like a midfielder, but he has speed, and he is really clinical in the box. He is fantastic with the head and clinical in front of the goalkeeper and his movement without the ball is really good.”