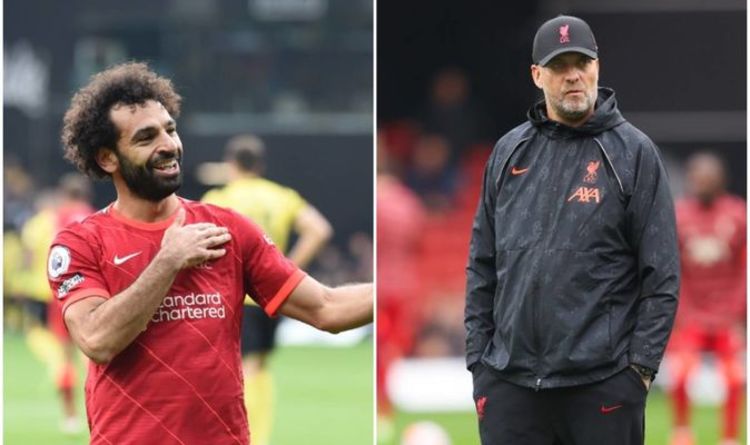 Everything surrounding Liverpool at the moment is about Mohamed Salah. Both on and off the pitch the Egyptian is dominating the news cycle and the last few days have been no different, with his wonder goal against Watford followed by more talk about his future.

Salah made it 10 goals in 10 games with another goal of the season contender in the 5-0 thrashing of Watford on Saturday.

And like clockwork, it was followed by an update on Salah’s contract negotiations with Liverpool, as The Mirror reported that his agent, Ramy Abbas Issa, has flown into the country.

Abbas certainly has good timing. Salah was hailed as the best player in the world by Jurgen Klopp following his brilliant assist and goal against Watford, but negotiations will still be difficult.

Salah’s agent is reportedly seeking £500,000 per week for his client - a demand that would break Liverpool’s wage structure into little pieces, given he is currently on around £200,000 per week.

But, as it stands, Salah will cease to be a Liverpool player on July 1, 2023. That is undoubtedly the biggest issue on Liverpool’s plate at the moment.

But Salah was not the only key player to miss out on the new contract spree: Sadio Mane and Roberto Firmino are in the same boat.

All three of Liverpool’s fabled front three have contracts which run until June 2023. Firmino has just turned 30 years old; Mane and Salah are both 29.

Given his otherworldly form - and his agent’s occasional cryptic tweet - lots of attention has been paid to Salah’s situation.

But there are equally important decisions to be made about his strike partners.

As the Watford game showed, Mane and Firmino are the perfect foils for Salah - and have been for the past four years.

Firmino scored a hat-trick in the 5-0 win at Watford (Image: GETTY)

Wijnaldum is also 30 and the suggestion from the Dutchman was that he left because the deal Liverpool offered was not up to scratch.

Liverpool cannot afford a similar situation when it comes to Firmino and Mane.

While the club’s policy of being careful with contracts when it comes to players in their 30s is understandable, it has to be implemented alongside a healthy dose of realism.

Salah is their star player, but it is doubtful he would have been able to reach such levels without his partners in crime.

Unlike with Salah, there has been no suggestion that Mane and Firmino are considering leaving the club for a bumper contract.

But the Reds must make sure the duo feel valued. New contracts are the order of the day on Merseyside.