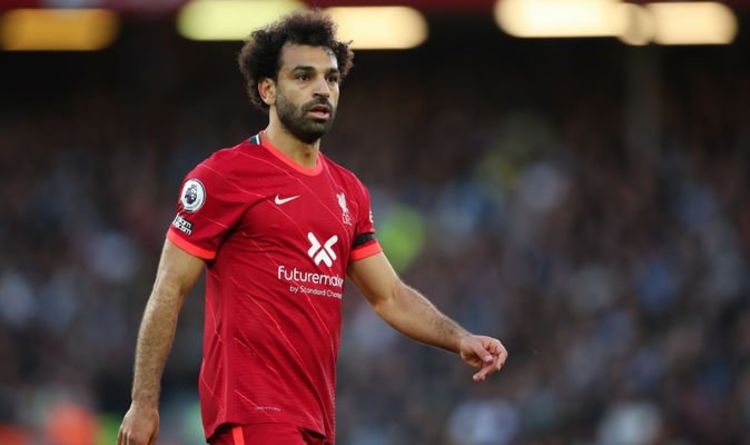 Liverpool superstar Mohamed Salah put in another jaw-dropping display against Watford on Saturday as his side powered to a resounding 5-0 victory at Vicarage Road. It was yet another reminder to owners Fenway Sports Group (FSG) that the Egyptian has not yet put pen to paper on a new deal, which could leave the Reds vulnerable to losing who many are currently calling the best player in the world.

It was a first game to forget for incoming Hornets boss Claudio Ranieri as Vicarage Road watched on in stunned silence while Liverpool ran riot.

Roberto Firmino bagged a hat-trick while standing in for Diogo Jota, and Salah notched a goal and an assist - both of which were sensational.

The outside-of-the-foot through ball for Sadio Mane's opener was spectacular, and his stunning solo effort which put the Reds four to the good will live long in the memory.

His performances continue to amaze as compliments pour in, with many branding him the best player in the world right now.

Mohamed Salah notched a goal and an assist against Watford (Image: GETTY)

When the dust settles, however, all those at the club will recall that Salah is well into the final two years of his contract.

In a stark warning to FSG, Salah has not only failed to put pen to paper on a new deal, but prior comments strongly suggest that he would be open to playing for Barcelona or Real Madrid in the future.

"I think Madrid and Barcelona are top clubs," said the Egyptian in December.

"We never know what is going to happen in the future, but right now I'm focused on winning the Premier League and Champions League with my club."

FSG may be concerned at some of Mohamed Salah's previous comments (Image: GETTY)

Salah's electric performances to kick off this campaign imply that he will not be on the chopping block unless, of course, he is the one that chooses to leave.

The allure of Barcelona will surely not be so strong given their recent financial woes, but if Eden Hazard leaves Madrid then there could be a ready-made spot waiting for him.

Thankfully for the Reds, the winger certainly seems to be enjoying his football lately and he should be in no great rush to leave.

However, his eye-catching displays will serve as reminders to the big clubs Salah has spoken kindly of, ensuring that he will stay firmly on their radar.