‘Wow’: Fowler and Rush left in awe by what Liverpool star did at Watford
HITC 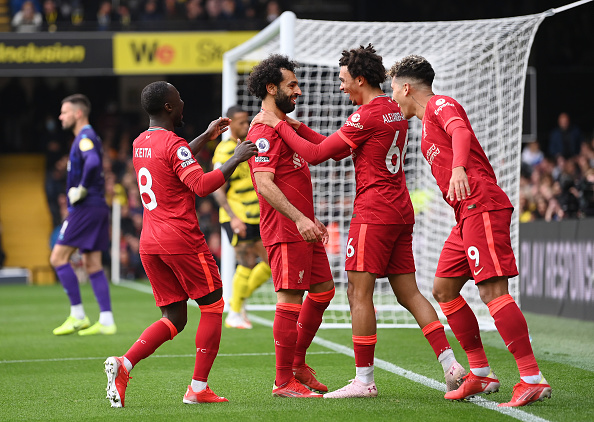 Mohamed Salah was back working his magic as Liverpool thrashed Watford on Saturday, leaving Reds icons Ian Rush and Robbie Fowler in awe of what the Egyptian is capable of.

Jurgen Klopp’s side put a dent on Claudio Ranieri’s debut in the Hornets dugout with a humbling 5-0 win. Sadio Mane broke the deadlock at Vicarage Road after nine-minutes, before goals from Roberto Firmino and Salah stretched the margin.

Salah played an instrumental role in Mane opening the scoring after spinning Danny Rose, before finding his Senegalese attacking partner. The 29-year-old played a precise, curling ball into the box with the outside of his boot, leaving Ben Foster in no man’s land.

Salah continually pushed at Watford and turned Rose inside out time and time again. And on 54-minutes, had his goal in sensational style. Taking on four Hornets players who never looked like stopping the £200k-a-week magician before he curled into Foster’s bottom-left.

The win moved Klopp’s side back atop the Premier League standings with Chelsea facing Brentford in the Saturday evening kick-off. While Salah’s mesmerising goal left Liverpool icons Fowler and Rush gushing with praise for the current Anfield hero.

“Mashallah, Mo Salah. The best,” Rush tweeted. While Fowler shared: “Wow, how good was that.”

Salah has now scored 10 in 10 games for Liverpool across all competitions this season. He has also scored in each of his last six Premier League appearances to continually show his lethal production. And add another sublime effort after his goal against Manchester City.

In other news, ‘Really happy’: Agent suggests £110k-a-week player may not play for Arsenal again