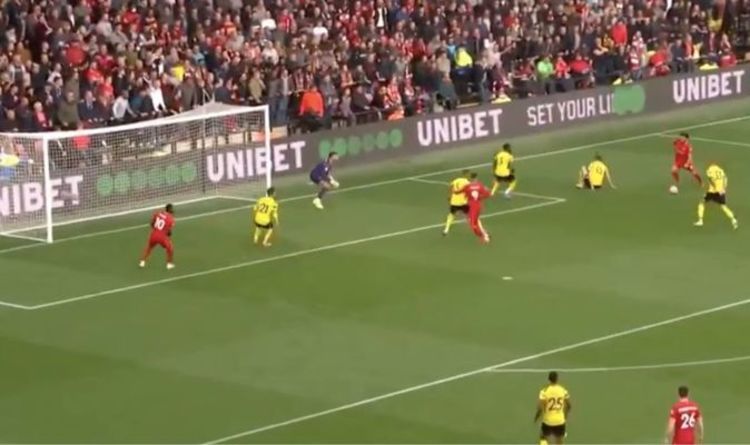 Liverpool fans are adamant Mohamed Salah is the best player in the world on current form as he scored yet another sublime solo goal at Watford, as he continues his personal goal of the season competition. The Egyptian, who showed no signs of fatigue upon return from international duty, gave his incredible Manchester City wonder goal a run for its money with another piece of Lionel Messi-esque brilliance at Vicarage Road.

Salah was in blistering form from the get-go as he terrorised left-back Danny Rose on the near side.

The former Tottenham man was rolled a number of times including the opener, when Salah laid the ball on a plate for Sadio Mane with a delightful cross-field pass with the outside of his boot.

Roberto Firmino then put Liverpool 3-0 to the good with a brace before Salah stole the show with a goal of the highest quality.

He used the same ball roll that started the mazy run against City to sell a number of Watford defenders he continued to jink and weave his way through the box.

Salah then sold Craig Cathcart with a fake-shot before he cut back onto his left foot and placed it into the top corner as Ben Foster stood rooted to the spot.

And fans on social media could not believe what they were witnessing, as they lauded their 'Egyptian King' as the best in the world.

One Liverpool fan wrote: "There is NO ONE better on this planet than #Salah right now. That is an absolute JOKE of a goal."

Another was in total agreement: "Not one person on planet earth is better at football than Mohamed Salah right now."

While a third claimed Salah was the best the Premier League has ever seen: "Salah is better than any other player this premier league has seen."

Another posted: "Salah is better than Messi."

**We'll be bringing you the very latest updates, pictures, and video on this breaking news story.

For the latest news and breaking news visit: /sport/football