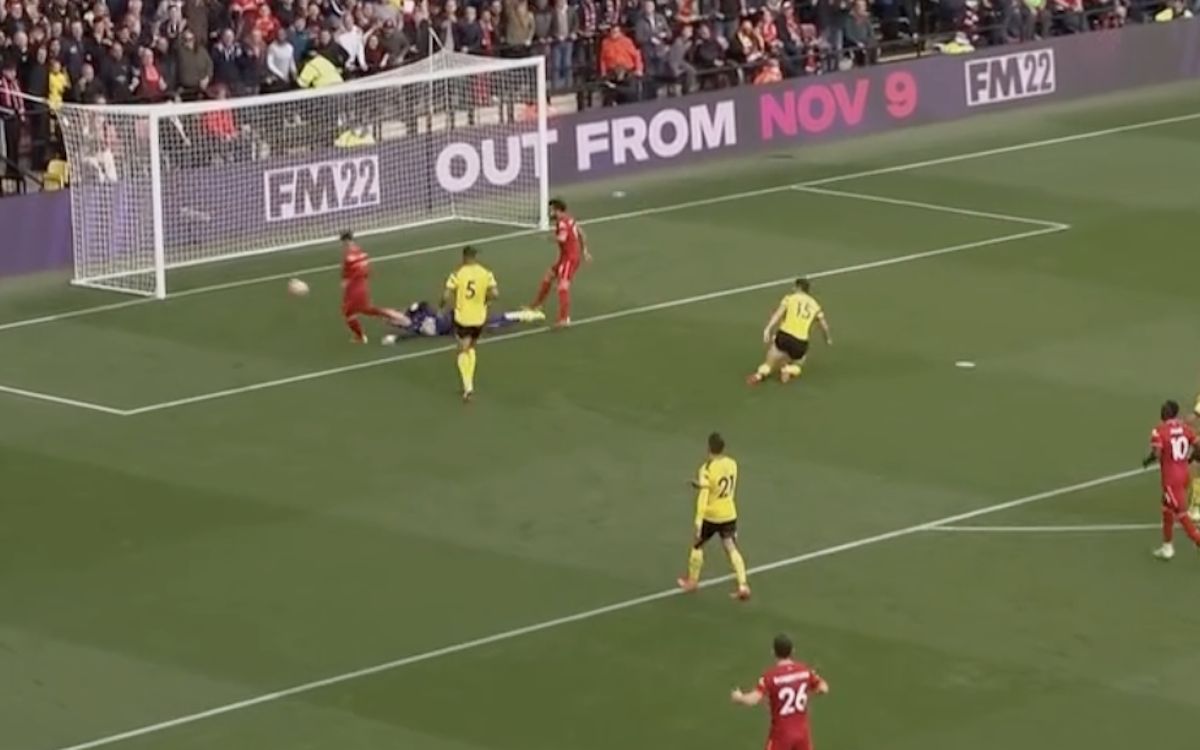 An early opener from wide-attacker Sadio Mane ensured Jurgen Klopp’s Reds got off to a flying start.

Adding to their lead just before the half-time break, striker Roberto Firmino got on the end of James Milner’s cross to make it two nill.

MORE: Video: Klopp’s classy gesture to Ranieri ahead of Watford’s test against Liverpool

However, with the second half underway, the Reds have extended their lead following Firmino’s second – however, despite bagging a brace, the sporting headlines will be stolen by attacker Mo Salah, who has just scored an absolute stunner.