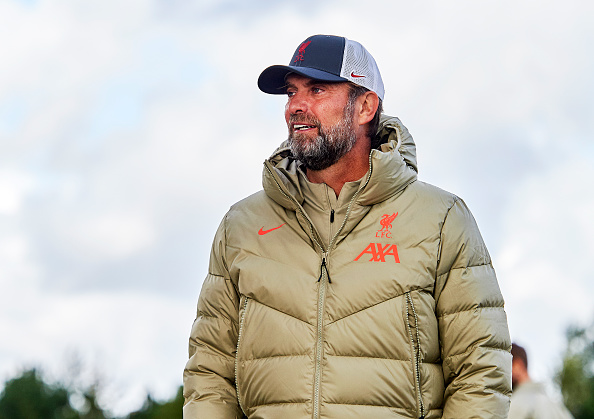 Liverpool face Watford this weekend in the Reds’ first game back in action after the international break.

The Merseyside club’s last match before the break was an absolute barnstormer against Manchester City, but one would have to imagine that Watford will pose a rather easier task than the reigning champions.

However, Liverpool would be fools to come into this game expecting an easy ride. The Hornets have a few talented players and they’re under new management with Claudio Ranieri replacing Xisco Munoz.

The new manager bounce is something the Reds have to be wary of, and with that in mind, we’ve had a go at predicting Klopp’s starting Xi for this one.

We think that Liverpool will make just three changes from the side that started against City.

Alisson and Fabinho aren’t going to play after spending time with Brazil, so Caoimhin Kelleher comes in between the sticks.

Curtis Jones is also unavailable, so there is a new-look midfield. James Milner moves back into the middle as Trent Alexander-Arnold returns at right-back, while Naby Keita plays alongside Milner and Jordan Henderson.

Diogo Jota is fit despite the fact he was sent home early from Portugal duty, so he starts up top once again alongside Sadio Mane and the in-form Mohamed Salah.