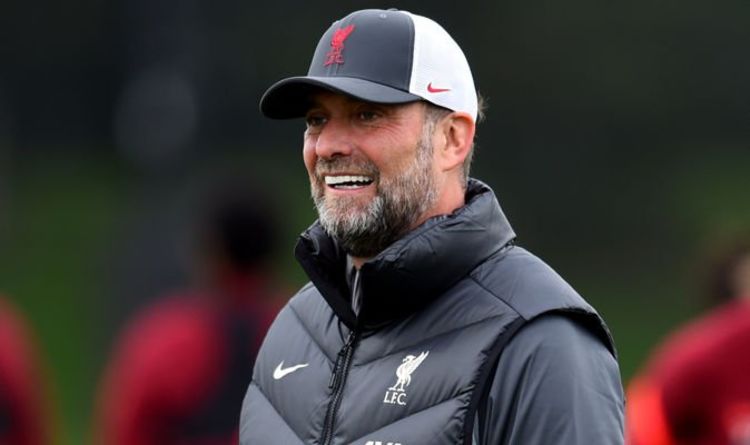 Liverpool return to Premier League action after the international break away at Watford today (12.30pm), with the absence of four midfielders giving Jurgen Klopp a selection dilemma. Though Trent Alexander-Arnold and Diogo Jota have been ruled fit, Alisson and Fabinho will be big misses for the Reds. Express Sport looks at the Liverpool XI expected to start at Vicarage Road.

Alisson did not play for Brazil against Uruguay in the early hours of Friday with Manchester City's Ederson preferred in goal but he is likely to travel directly to Spain.

Liverpool play Atletico Madrid in the Champions League on Tuesday and upon his return from international duty, due to playing away at Colombia, would have faced a period of quarantine.

Klopp said: "The decision we made is the boys will not be here, they will go directly to Madrid, wait there for us, be able to play hopefully against Atletico."

That means Caoimhin Kelleher will make his first Premier League appearance and only the third of his career. The Irishman has ousted Adrian as No 2 and is considered a reliable back-up to Alisson.

Trent Alexander-Arnold missed the Champions League win at Porto and the draw with City at Anfield in the league but is fit again after a muscle issue.

He returns at right-back where James Milner had been deputising, with the rest of the back-line likely to be unchanged thanks to a two-week break.

Virgil van Dijk scored his first goal since returning from his long-term knee injury for the Netherlands over the break and should be partnered by Joel Matip.

Andy Robertson will continue to be selected at left-back although Kostas Tsimikas has played brilliantly whenever he has come into the side this term.

DON'T MISS: Oxlade-Chamberlain to Arsenal may give Liverpool wonderkid a chance

With Fabinho unavailable like Alisson, Curtis Jones and Thiago Alcantara have also both been ruled out. Klopp said: "Thiago, I don't know [when he will be available]. It still takes a little bit of time."

Though Firmino is fresh having not gone away with Brazil and scored twice off the bench at Porto, it's likely the Brazilian continues on the bench.

That is because Jota has been cleared to play despite a knock that prevented him from playing for Portugal over the break.

Firmino has generally struggled away at Watford for Liverpool and Jota should lead the line flanked by Mohamed Salah and Sadio Mane.

Salah has eight goals in six matches against Watford and the Premier League Golden Boot hopeful will hope to add to his tally of six league goals this term in Hertfordshire.