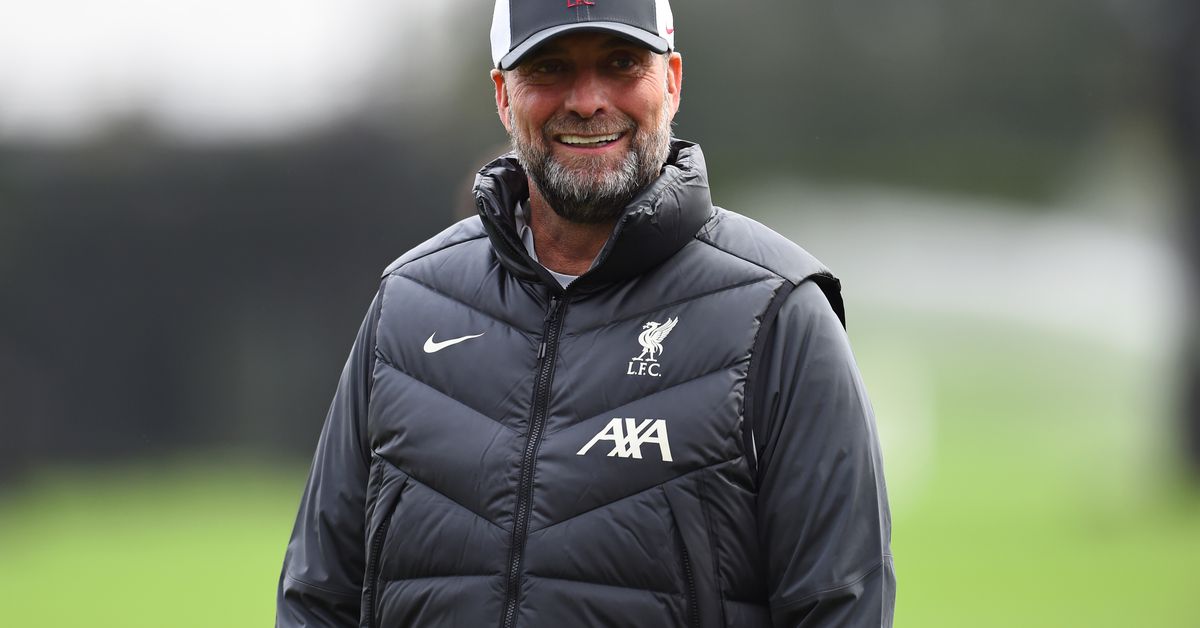 Watford will be without Francisco Sierralta and Christian Kabasele, who both picked up injured hamstrings against Leeds, and both Nicolas Nkoulou and Peter Etebo remain sidelined as well. Josh King is still a doubt, but could feature following a late assessment ahead of the game Saturday.

Claudio Ranieri has said that his new Watford side left too much space in their loss to Leeds, and that they will work to be more compact against Liverpool. He will look to lead Watford to a second straight Premier League victory against the Reds — the last one being that 3-0 win that broke Liverpool’s unbeaten run in the title-winning 2019/20.

Watford have been struggling even against the other struggling teams thus far this season, and their xG conceded numbers suggest the manager swap was perhaps not as harsh as some other changes the club has made with their “revolving door” system.

There are uncertainties over Watford’s formation, which could be a Ranieri 4-4-2 or the 4-2-3-1 they’ve played throughout this season. Regardless of system, expect a reliance on pace up front — we’ve faced a quite good Ismailia Sarr in the past, and certainly know him. Regardless of system, Etebo will be a miss at defensive midfield.

Liverpool will hope to take advantage of the small amount of time Ranieri has had in charge — while Ranieri is a well-decorated manager (and has promised to buy his players dinner if they keep a clean sheet), we will hope that he doesn’t quite know how best to line his team up yet, and, on the other hand, that they don’t quite know how he wants them to play.

Liverpool will be without the Brazilian internationals, who flew straight to Madrid ahead of this week’s Champions League match, and Curtis Jones, who was injured with the England U21s. Jürgen Klopp expects Diogo Jota and Trent Alexander-Arnold to be fit, but Thiago is still uncertain, but looks unlikely.

Klopp is thus dealing with issues in the squad — and had some choice words in his press conference for the FA and the international federations who have made this difficult for him. This challenge is compounded by the fact that he can’t have prepared for this Watford side given uncertainties about how the side will approach the game.

Claudio Ranieri was recently appointed as manager after his predecessor was sacked, and thus this will be his first match in charge of Watford. This means, of course, that Klopp and his team have no footage of Ranieri’s Watford and can’t be sure how to set up against them.

Without Alisson and Fabinho we can assume Caoimhin Kelleher will start in goal and Jordan Henderson will return to his role as the six. As Alexander-Arnold should be back, the back four should be as expected.

With the Jones injury, the midfield becomes trickier. Should Thiago be available, we might expect to see him off the bench, but Naby Keïta and James Milner are likely to start alongside the skipper — even if Keïta has played three international matches. Alex Oxlade-Chamberlain might have a chance to start out of injury concerns for K

Diogo Jota could start in the front three, where Liverpool do have some options. Despite the external challenges, Liverpool will hope to have enough to beat this new-look Watford side.

What the Managers Had to Say

Jurgen Klopp: “When the FAs don’t help us...they have to think about the game and not just their own interests. I am here six years and it is always this. Why don’t we talk about it?”

Claudio Ranieri: “I am an ambitious man, and I want to make Watford safe at the end of the season and to improve and create for the next season. We have to be safe. And then slowly go up.”

Kickoff is set for 12:30PM GMT/7:30AM EST tomorrow. In the meantime, The Liverpool Offside team will keep you updated with all of the team news and match buildup as it becomes available, along with providing a matchday liveblog and post-match recaps and reaction. If you want to join the discussion, sign up for an SB Nation account and have your say on the action as it happens.