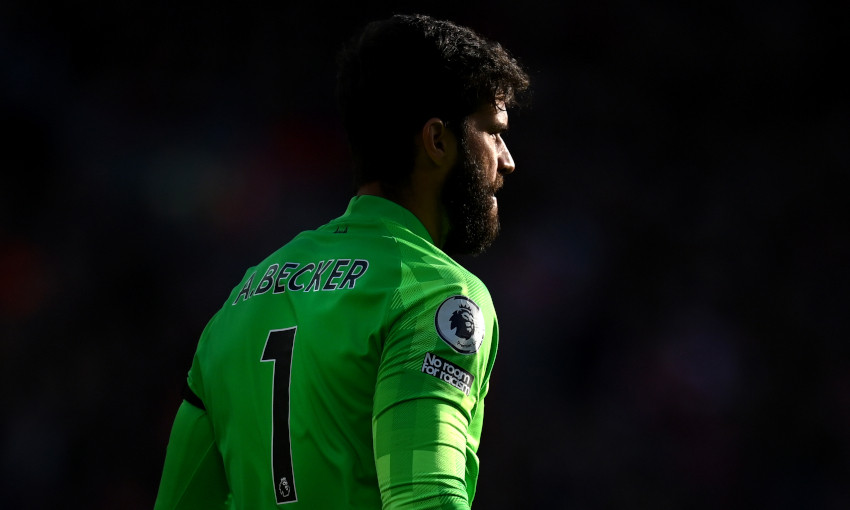 Liverpool will be without Alisson Becker and Fabinho for Saturday’s Premier League clash with Watford at Vicarage Road.

Having been involved in Brazil’s international fixture with Uruguay in the early hours of Friday morning, the duo will travel directly to Spain ahead of Tuesday’s Champions League tie with Atletico Madrid.

Asked about the situation during his pre-match press conference, Jürgen Klopp said: “The problem with this answer is always when somebody writes it that if I use the word frustration then [it’s], ‘Oh my god, Klopp is frustrated about that...’

“I’m not. We have no chance, obviously; somebody decided to give Brazil the opportunity to play last night, so a few hours ago, and somebody made a decision that we have to play on Saturday at 12.30. It is all not in our hands.

“As you maybe know, Atletico is not playing at the weekend – our next opponent in the Champions League. Something like that would never happen here and if it would then it would be like, ‘Oh my god, how can they do it for them?’ and stuff like this.

“So, we’ve known it for a while, we made our decision a while ago, we had to sort quarantine issues and all these kind of things, so the decision we made is the boys will not be here – they will go directly to Madrid, wait there for us and then hopefully be able to play against Atletico. They will come back slightly later than us, 10 days [is] over then and then they can come back and are in our normal procedure again and that’s it.”

On the decision for Alisson and Fabinho to travel directly to Madrid and returning to Liverpool after their teammates, Klopp added: “They have to. Thursday. Because the last game they played in a red-list country was Colombia, don’t ask me now exactly which day but next Wednesday to Thursday at one minute past midnight then it is 10 days and from that moment they can come back.

“These are the rules at the moment and we cannot change that. They could have flown in to England, but with all the quarantine stuff then that would have meant they have to isolate from their families and stuff like this. Ali has three kids and being away already 12 days with the national team and then 10 days in isolation, then two weeks here, the same rubbish again. We need solutions for that and they are still not there.

“As I said, I know always when we mention these kind of things then you all go for it and say, ‘Why should they be treated differently?’ Tell me now people who are two or three weeks away from the family? It all makes no sense, but it is not in our hands.

“We get the information, try to find a solution and take the solution. I don’t think it happened a lot of times before that players are not available for federation reasons because the federations, which is the federation of yes, the countries, but then you go down and the clubs and stuff like this.

“Neither Watford nor the Premier League was open to that thing because that is their understanding of fair competition, but that’s how it is. As I said, we know it already for a while and now we dealt with it.

“We didn’t make the decision yesterday, we made it a bit earlier, so we knew about it and now we know how to deal with the situation.”