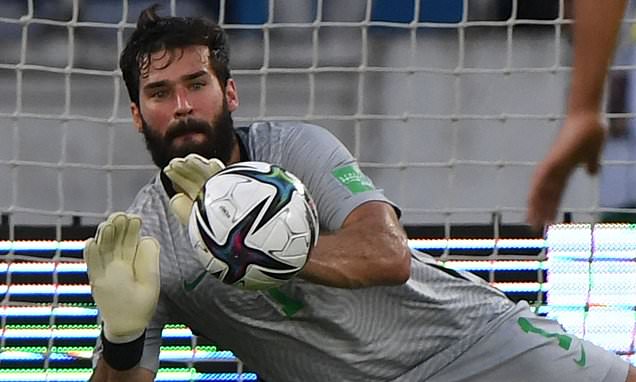 Liverpool  are considering sending Alisson and Fabinho to Spain from international duty with Brazil to avoid the pair facing quarantine issues in the UK.

The Reds resume their Premier League campaign at Watford on Saturday at 12.30pm — just 36 hours after Brazil’s World Cup qualifier against Uruguay in the early hours of Friday morning.

While plans are in place to get the Brazilian duo back to England in time for this weekend’s fixture via private jet, Fabinho revealed he and Alisson are unlikely to play due to the tight turnaround.

That has led to Liverpool weighing up letting their goalkeeper and midfielder travel to Spain instead, ahead of Tuesday’s Champions League match at Atletico Madrid.


If they do return to England this weekend, both players will have to undergo 10 days in bespoke quarantine — allowing fully vaccinated players to train and play while they isolate — as Brazil played in Colombia, which remains on the UK red list, on October 10. But by returning on or after October 21, they will not be required to quarantine.

With Leeds facing Southampton at 3pm and Chelsea at Brentford at 5.30pm on Saturday, Raphinha and Thiago Silva could fly back together ahead of their clubs’ games.

Jurgen Klopp's side resume their Premier League campaign at Watford on Saturday at 12.30pm — just 36 hours after Brazil’s World Cup qualifier against Uruguay on Friday morning