Ranieri ready for Prem encore.. & wants Elton to sing if Watford stay up
The Sun 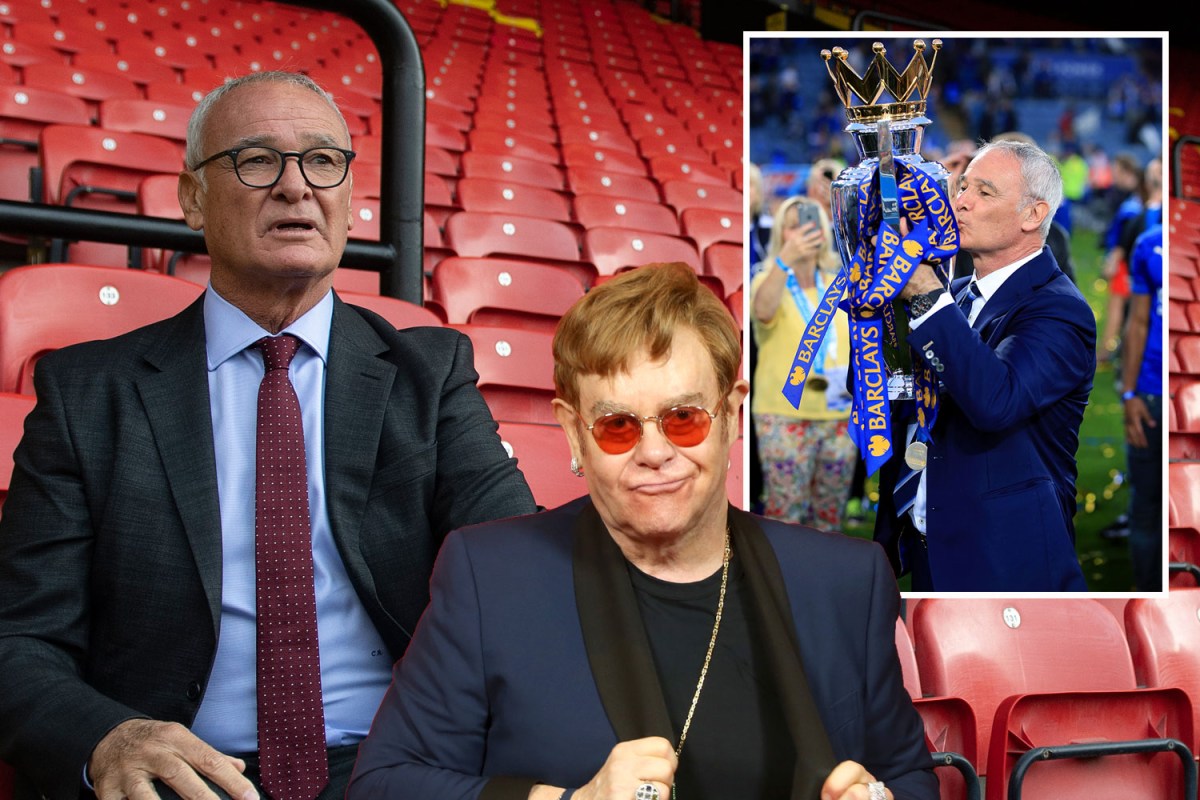 IF YOU thought Claudio Ranieri was down and out, think again.

After his shocking short-lived tenure at Fulham in 2018 – with three wins in just 17 games – many believed that to be the end of the Tinkerman’s career in English football.

Claudio Ranieri is back in the Premier League once again, just shy of his 70th birthdayCredit: Alan Cozzi

He joked Elton John could do a Bocelli-esque performance on the pitch if the Hornets stay upCredit: Getty

But he is back with a bang at Watford, and if his first press conference was anything to go by, he is up for the fight once more – providing endless entertainment along the way.

Ahead of his 70th birthday next week, he has set his sights on becoming the oldest manager in Premier League history with a walking stick on the sidelines to match – to the delight of his long-suffering wife.

He said: "I love football, I love the life, and then 80-years-old, maybe, why not? The oldest manager in England, maybe with a walking stick. But the brain is important, and the brain is very young."

And as he repeated on numerous occasions: "Happy wife, happy life!"

After promising his title-winning Leicester boys pizza for every clean sheet back in 2015-16, this time he wants to up the ante with full-blown meals for every Hornet shut-out.

And after admitting his Chelsea sacking still plays on his mind after Roman Abramovich’s 2003 takeover, he claims to be fearless taking on a job with more sacks than Father Christmas.

There were even hints of getting Elton John on the Vicarage Road pitch to celebrate top-flight survival in a tongue-in-cheek reference to Andrea Bocelli’s King Power performance.

Whatever he has done since leaving Craven Cottage with his head down, that Dilly-Ding Dilly-Dong spirit is back and ready to be unleashed this weekend in his first game in charge against Liverpool.

But don’t be fooled if you believe there is no grit to Ranieri’s gift of the gab.

Inside there is a steely determination to prove his doubters wrong and keep the faith of the Pozzo owners.

He said: "I love English football, but I loved it before arriving in England in 2000. My style was very similar, very tough, very strong, and that’s what I want from my players.

"I want to see the spirit of England.

He continued: "When Gino Pozzo called me after the Leeds defeat and asked me, Claudio, would you like to come to Watford, come back to the Premier League, I said, 'Why not?' I am very bored if I don't stay in football."

"We have to be safe. 40 points. And then, slowly, slowly, go up. The owner is very ambitious, I am more ambitious. I want to achieve something with Watford."

And then it was back to the laugh-a-minute soundbites.

Ranieri is in disbelief that his largely mocked style of tinkering with his starting XI is now common practice with the game’s elite.

He laughed: "Unbelievable. I created the flag. I have the flag and they are all behind."

The Italian is also bemused as to the popularity of his catchphrase Dilly-Ding Dilly-Dong, born on his journey to the title with the Foxes.

He explained: "I never said that again after Leicester. I used to say it to my daughter when she was young to wake her up."

And when asked about the pressures that come with being at a club with a takeover after Newcastle’s recent Saudi revolution, Ranieri smiled: "I was sacked!

"I finished second behind the unbeaten Arsenal, in the semi-final of the Champions League, and I was sacked. That is the life. And you tell me Watford change managers a lot?"

Ranieri is back. For how long? Anyone’s guess. But it will be fun while it lasts.