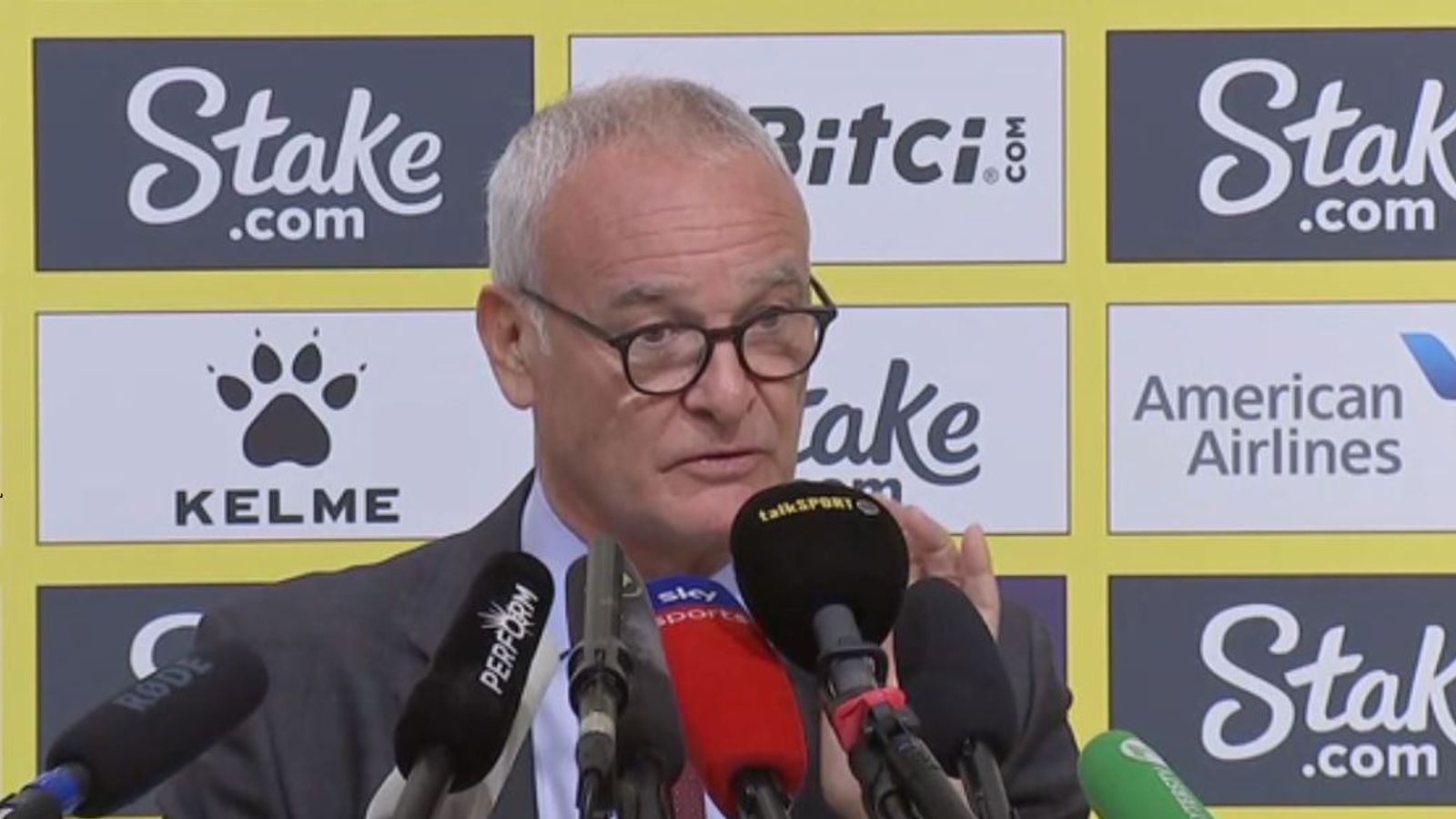 Claudio Ranieri says he is delighted to be a head coach in the Premier League again with Watford - and says his first job is to keep them in the top flight.

The Italian, who famously led Leicester to Premier League glory in 2015/16, turns 70 next week.

But he insists his appetite for football remains strong, having replaced Xisco Munoz at Vicarage Road, and thinks safety this season for Watford could lead to bigger things for the club.

"Why not Watford?" said Ranieri.

"I feel good. Fortunately, I feel good. When I think about football, life is good. Football is my life.

Image: Watford have taken seven points from their first seven games on their return to the top flight

"I am very happy to play in one of the best leagues in the world. I am an ambitious man and I hope to bring Watford to be safe at the end of the season and to improve.

"We have to be safe. The programme is very ambitious and then I hope it will be a fantastic end for Watford and our fans."

Munoz was fired despite a reasonable start to the season for Watford - who are 15th with seven points from the seven games, having earned promotion from the Championship under Munoz last season.

Image: Ranieri led Sampdoria to a ninth-placed finish in Serie A last season - having steered them clear of relegation the season prior

The sacking of the Spaniard continued the club's recent trend of removing managers after fairly short spells in charge but Ranieri is unperturbed.

"In Italy it is normal to change the manager," he said.

"We have to do our best, I can't think about the previous manager.

"Xisco was my player at Valencia, I hope he can find a new solution very soon.

"Now, I have to do my best for Watford."

Ranieri last worked in the Premier League with Fulham in 2018/19 but was dismissed after just a few months after failing to arrest their struggles.

His time with Leicester was altogether more successful, and he was asked if Watford fans could dare to dream of replicating the Foxes' ascent from relegation candidates to title-winners.

Image: Xisco Munoz was fired as head coach at Watford after a 1-0 loss at Leeds prior to the international break

"That is my idea - but if everything arrives early, I am very happy."

The new boss faces a tough start, however, with Watford hosting unbeaten Liverpool in his first game in charge on Saturday.