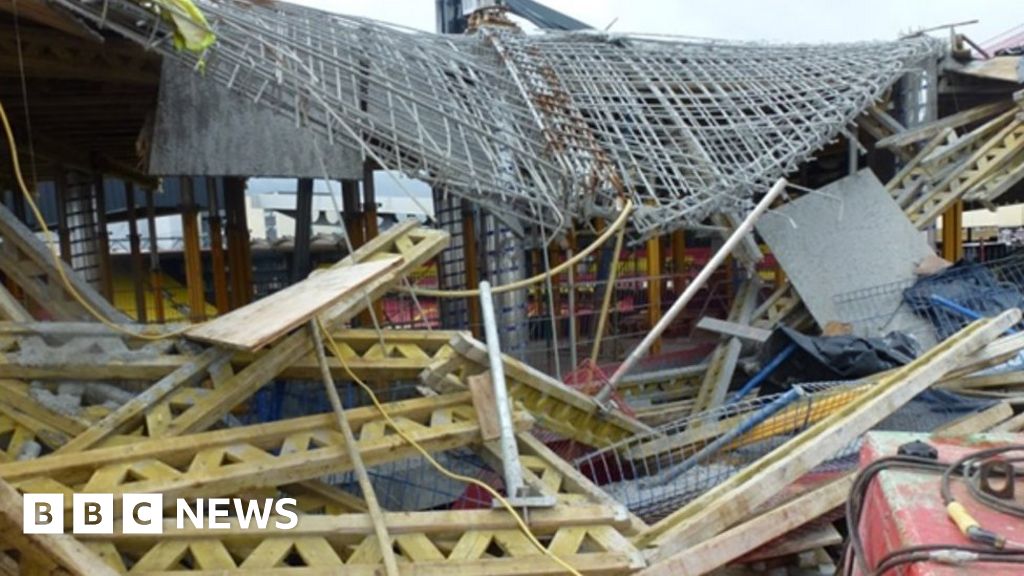 Image caption, A worker was permanently paralysed when a temporary stairwell collapsed at Vicarage Road

A company has been fined £40,000 after a worker was paralysed when a stairwell collapsed at a football stadium.

Ashley Grealish fell about 11 metres (36ft) to a basement at Watford FC's stadium on 14 June 2016, and was paralysed from the waist down.

The floor collapsed, causing a number of workers to fall, but most were able to cling on, escaping serious injury.

The case against the St Albans-based construction company was brought by the Health and Safety Executive (HSE).

Workers were constructing a new hospitality and seating section at Vicarage Road when the concrete floor and associated formwork of the stairwell collapsed, the HSE said.

HSE investigators found the contractor did not have a suitable design for the temporary works, which are part of a construction project needed to enable the permanent structure to be built, taking account of both load and stability.

Speaking after the hearing, HSE inspector Rauf Ahmed said: "The injuries suffered by Mr Grealish are life-changing and the incident could easily have been fatal.

"This serious incident and devastation could have been avoided if the company had planned a safe system of work to prevent the support system used to cast the concrete floor from collapsing."

The BBC has asked ECS Groundwork Ltd for comment.