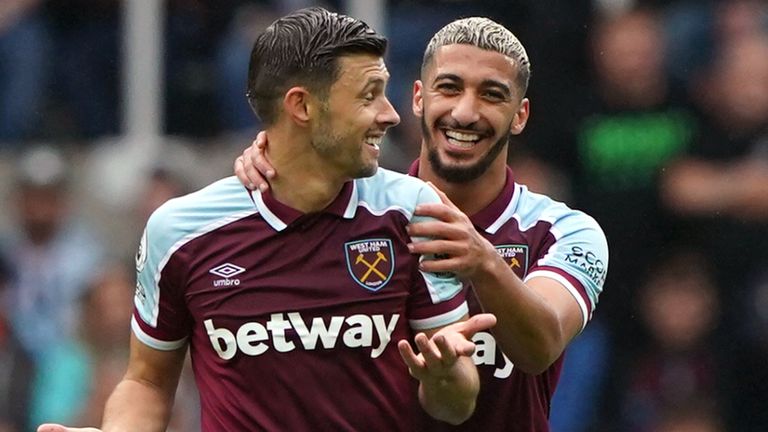 Team news, stats and prediction ahead of West Ham vs Chelsea in the Premier League on Saturday; kick-off 12.30pm.

West Ham are likely to still be without Aaron Cresswell for the visit of Chelsea in the Premier League on Saturday.

The left-back missed the draw with Brighton on Wednesday with a back problem but has returned to doing some light training. Angelo Ogbonna remains sidelined with a cruciate ligament injury.

England wing-back James has shaken off an ankle concern, while Jorginho is back to full fitness after a recent knock.

Chelsea still do not know the extent of Trevoh Chalobah's hamstring problem, but the defender will definitely miss Saturday's West Ham trip, while Mateo Kovacic (hamstring), N'Golo Kante (knock) and Ben Chilwell (knee) will also be absent this weekend.

A preview of matchweek 15 in the Premier League as West Ham host table-toppers Chelsea, Watford welcome Manchester City and Leicester make the trip to Aston Villa.

Follow West Ham vs Chelsea in our dedicated live match blog. Highlights will also be published on the Sky Sports digital platforms and the Sky Sports Football YouTube channel after full time.

FREE TO WATCH: Highlights from West Ham's draw with Brighton

FREE TO WATCH: Highlights from Chelsea's win against Watford