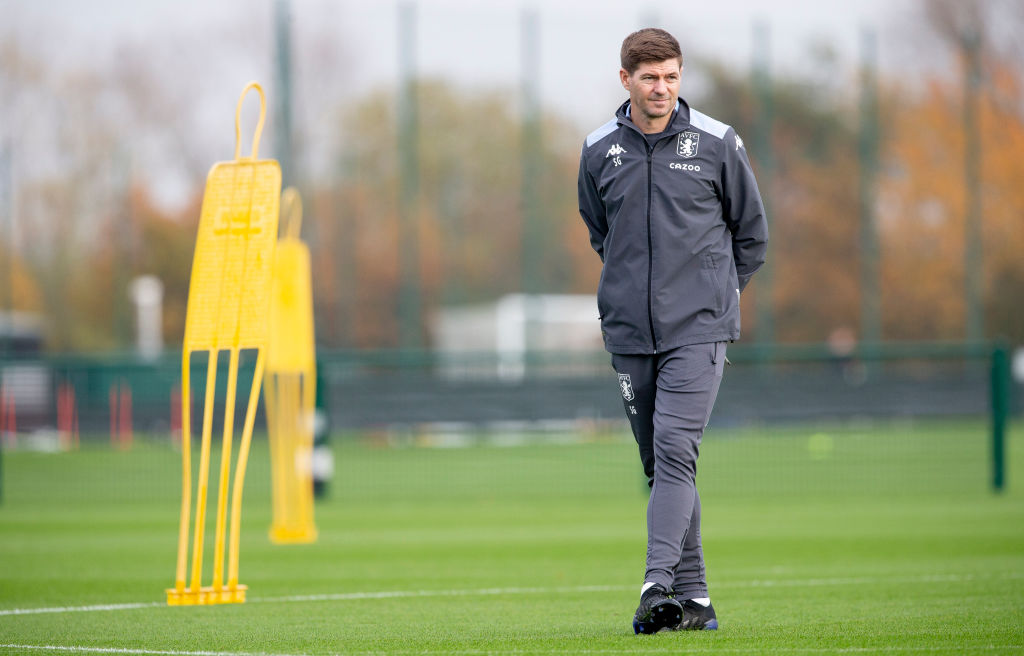 Joe Gomez has been linked with a loan move to Steven Gerrard’s Aston Villa.

The Liverpool legend Gerrard is keen to link-up with Gomez. With Klopp and Gerrard on good terms, could a deal for the Liverpool player make sense for all parties?

With only two league appearances this season, it has been speculated that Gomez has grown frustrated at a lack of minutes. Could Gomez be questioning his future as a Liverpool player?

Being used primarily in the Carabao Cup has led to the 24-year-old dropping down to 4th choice centre back.

Van Dijk is the first name on the teamsheet while Joel Matip and Ibrahima Konate are 2nd and 3rd choice.

Jurgen Klopp was quick to note that Gomez would get his chance during the busy festive period with Liverpool competing on four fronts.

However, the latest of a long list of injuries could derail that opportunity.

At the young age of 24, Gomez has suffered four long-term injuries which has hampered his development.

In a stop-start career thus far, a move to the Villains could prove worthwhile.

As well as needing to prove his quality to Klopp, he also needs to prove he can remain fit for a long period of time.

The main reason a move may be unlikely is the injury issues of Liverpool’s other senior defenders.

Adding to this, Joel Matip has struggled over the past years with his fitness and picking up small knocks.

Gomez could prove vital if anything happens to his colleagues.

Remembering the injury crisis his side suffered last season, Klopp will be very wary of history repeating itself.

This may lead to any Liverpool player seeking a loan move being disappointed.

While Klopp will want to keep a hold of him, Gomez may request the move to get his career on track.

New Aston Villa manager ,Gerrard, will be rubbing his hands together at the prospect of bringing the Liverpool player in.

While in charge of Rangers, Gerrard brought several Liverpool players to Glasgow. Ryan Kent, Ovie Ejaria and Jon Flanagan all made the move North.

These players had already worked with Gerrard when he was in charge of Liverpool’s youth team.

Gerrard will be more than familiar with Joe Gomez from his time working with the club’s youth setup.

This familiarity may lead to Gerrard getting the best out of the promising centre back.

Based on current form, Joel Matip and Virgil Van Dijk would be the first choice partnership at the back.

This is due to Gomez suffering from injuries and Konate still finding his feet since joining the club.

However, Liverpool’s best defensive performance over the course of a Premier League season was in 2019/2020. The Reds won their first league title in 30 years.

Gomez was Van Dijk’s partner for the majority of that season and the pair struck up a formidable partnership.

A move to Aston Villa may remind Jurgen Klopp why Joe Gomez was so vital in that title winning campaign.

In other news, 'Classless': Liverpool fans rage at what was heard at Goodison Park