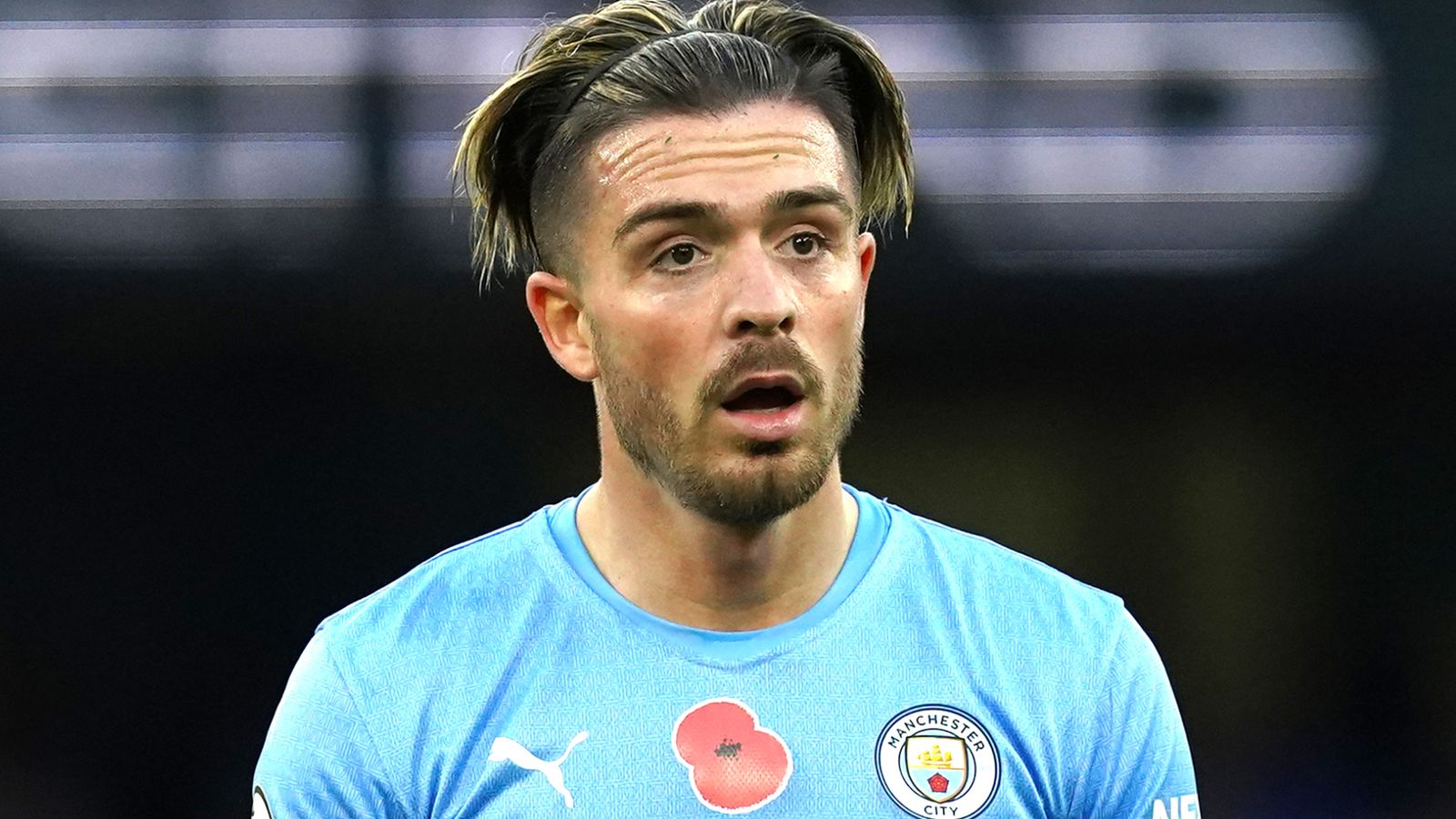 Pep Guardiola says Jack Grealish must produce his best in the remainder of the season but has praised the way the club's record signing has settled in at Manchester City.

England international Grealish, 26, joined City from Aston Villa for a British-record £100m in the summer and could return from injury to face his former club at Villa Park on Wednesday.

In an interview with the Daily Telegraph published on Tuesday, Grealish admitted he has found playing at City harder than he expected since leaving his boyhood club, having scored two goals in his 15 appearances for the club so far.

Asked if it may take until next season for Grealish to perform at his best, Guardiola said: "I don't think so, we will be in trouble! We have to see it right now, the best of course. We have six or seven months ahead of us.

"Absolutely not, I am not thinking the best of Jack Grealish we will see next season. I want to see it this season!"

Despite wanting more, Guardiola is happy with Grealish's initial impact at the Etihad Stadium.

"I would say he settled perfectly. I think it is easy because he knows many English players here and the other guys are sometimes too much (sic) nice people," Guardiola added.

"It is not a problem, he plays good, he has to finish to settle, to find a real apartment to live in. You always need a little bit of time.

"If you analyse the games [and whether] he played bad. Absolutely not. With the quality he has it is difficult to play bad. But the way we played and the expectations every few days... It is completely different to what he lives at Aston Villa. But he did it incredibly well there.

"Now he comes back from the international break injured and now hopefully come back step by step to his best form."

Ahead of the trip to Villa, City sit second in the Premier League, one point adrift of league leaders Chelsea, and have qualified for the knockout stages of the Champions League with a game to spare.

Steven Gerrard has urged Aston Villa supporters to give Grealish a warm reception if the Manchester City midfielder plays against his boyhood club on Wednesday, after leaving Villa for £100m in the summer

Aston Villa head coach Steven Gerrard has urged Villa supporters to give Grealish a warm reception if their former club captain is fit enough to feature on Wednesday.

"Jack very much deserves a warm welcome. I have no doubt he will get that, this is his club and it will be when his career is over because he was here as a little boy," Gerrard said on Tuesday.

"He came through the academy, the club has benefited a lot from what Jack has given and we very much wish him well in terms of the remainder of his career. But obviously not tomorrow for 90 minutes!

"I can feel what he has been through because I have been there myself when you have that opportunity to move on from your club."

Follow every Man City game in the Premier League this season with our live blogs on the Sky Sports website and app, and watch match highlights for free shortly after full-time.

Get all this and more - including notifications sent straight to your phone - by downloading the Sky Sports Scores app and setting Man City as your favourite team.